The following are approximately the first 1000 words from Chapter 4 of Jonar Nader’s book,
How to Lose Friends and Infuriate Lovers.

In trying to raise well-adjusted children, we offer them good education. Along the way, they are taught about the life-cycle and reproduction, and are afforded some form of sex education. I wonder if anyone understands how to prepare children for the most beautiful moment of their adolescence — their first love.

The most uplifting and most amazing feeling that I can remember is that first explosion of adoration. I was six years old. It was a most innocent and pure affection. Too bad no-one was with me to share that magical moment when a seed sprouted, totally unexpectedly. In my case, it was unrequited love, and I have a feeling that, by its nature and innocence, it would be thus for most young people. I knew that the other person could not have felt the same way about me. In fact, I did not expect them to. That’s what made that first love so wholesome. It was totally non-sexual. It was completely devoid of expectations. I wanted naught in return.

Do you recall your first moment when you realised that you were feeling something totally new and beautiful and wholeheartedly absorbing? Let your mind journey back. You can learn a lot from that early experience. You might recall that it was calming yet energising. It was soothing yet exhilarating. For me, I recall my body coming alive. All I wanted was to shut the world out so that I could bathe in exaltation. It was a special time when I knew that another person meant a lot to me. I did not even strike a friendship. It was all from a distance, and it was completely satisfying. The love was in my heart. I had been given something precious. I was too young to complicate the matter. I was too pure to want anything in return. I did not know that there would be a ‘next step’. I had no idea that it could be enhanced with physical contact. It was unsullied. It was virginal.

Sink deeply into an armchair, turn down the noise, and escape into the recesses of your memory, and re-play those moments when love first entered your heart. You might recall the mellow excitement when you first realised that you see in colour, and that lungs fill with oxygen, and people can be beautiful, and the sun blankets us with an amber hue, and trees speak, and the wind whispers, and the human body is a work of art, and lips are red, and hair is soft, and hands are sensual, and skin is naked, and eyes are windows, and the world’s troubles can ebb… until you hear the echoes of some adult bellowing obscenities at someone or something, or worse still, at you, and it snaps you out of your vivid innocence and reminds you that, as a child, you did not fancy the idea of growing up.

I do not know about you, but as a child, I found adults to be horrid. Not that they were only horrid to me, personally, but also to each other.

When I was a youngster, sex education was called Physical Development. PD comprised meagre lessons about glands and puberty. It was never good enough, but at least we spoke about it, somehow, with someone. Intimate matters were whispered behind the tree in the school yard. Some worldly kid always had the answers whenever we discussed forbidden subjects. As children, we were resourceful. If there was something we did not know, we managed to find out, in our own time, through careful observations or clandestine operations. The more taboo the subject, the greater the interest. Perhaps it was just plain curiosity. I do not recall anything pleasant about it. It just felt like a mission or a preoccupation. I do not even know why I needed to find out about the workings of the body. I did not appreciate being kept in the dark, so when information evaded me, I wanted to run after it in case there was a special message or some colossal revelation that I was missing out on.

I can still visualise the first time when someone told me about what mummies and daddies do to make babies. I remember the kid who told me, and the spot on the lawn where we sat studying the magazine that he furnished as proof of how they did it. I still recall the conversation we had. I now wonder what he must have thought when I refuted his explanation about intercourse (or ‘commerce’, as it was known in those days). ‘You are wrong. It can’t be done like that,’ I exclaimed with steely determination.

It would help if you understood the background as to why I had deduced that his information was incorrect. At a very young age I understood the concept of love, and I felt it trembling in my heart, but I had not met two people whom I would say were in love. Even as a child, I was observant and alert, like I am now. Back then, I was purposefully on the lookout for people who loved each other. To my continued disturbance, I did not find them. I had attended a number of weddings, and I had met many couples, but I was never convinced that they loved each other.

You might wonder how a child so young would know enough to be able to make such assessments about adults. Granted, I was not to know how people lived their life, but I drew conclusions based on what I thought love was meant to be, and I compared it with the corresponding behaviour that I witnessed. As a young boy, I was like a fly on the wall. I was quiet, well dressed, and well mannered. Hence, I was unassuming and unthreatening. In a room of adults, no-one paid much attention to me. So in effect, I was the perfect spy. I was able to walk from the lounge room to the kitchen to the balcony to the dining room to the bedrooms, and no-one felt threatened by such a harmless young boy. As a result, adults neither tempered their hilarity nor lowered their voice. I heard it all, and to this day, I recall every conversation and every gesture, and none of it was pleasant. The many people around-whom I hovered, gave adulthood a bad name. 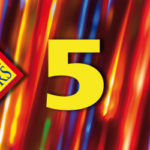 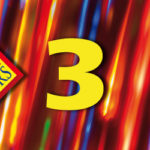