Why we don’t need a government

Jonar Nader says that countries like Australia no longer need a government. He values democracy, but says that the current system does not offer real democracy. This is especially evident when one member of parliament can control the outcome. How can the public vote for a political leader, yet have major infrastructure decisions stifled by just one vote? Jonar also discusses the concept of an ‘opposition party’, and suggests that we do not need an opponent. rather, we need a competitor, who can really compete. The most important function of an opposition party is to tear the government down. this is destructive. They need to think about how to compete, not how to destroy and discredit. Jonar Nader speaks with Walkley-Award winning journalist Ghassan Nakhoul. This broadcast is spoken in Arabic. 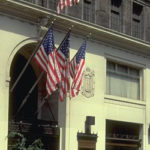 From New York to LA 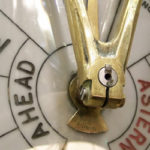 Abolishing elections as we know them

How the Net is used during elections

Why we need better voting systems

Abolishing elections as we know them

The Stay Smart initiative could be useless