There are storms in space that damage satellites which could bring down banks, mobile phone networks, and the internet. Even something as small as a marble can travel at 70 km per second. Imagine 150,000 of these raining down towards earth. To listen to an excerpt from the radio broadcast, please click on the green play button below.
[audio:Cyberjunk_destroy_satellites_Lisa_Forest.mp3]

Host: Talking about storms in space and meteors, can they damage space stations and satellites?

Jonar Nader: You know the more satellites we have in space and the more space stations we put up (there is a new one going up called the international space station) we have so many storms in space that people do not even know how to measure it at the moment and they are not really all that predictable. You can predict the ones that are led by a great comet because you know there will be a great aftermath but sometimes they happen like thunderstorms happen as accurate as our weather forecasters are imagine they can’t even get that always right how are they going to know what’s going to happens near Mars but none the less, things do come our way. Something the size of a 10cm marble can travel at a distance of a maximum speed of 70km per second. Something so small can devastate a shuttle. In fact in 1993 the communication satellite called Olympus worth 800 million dollars was seriously damaged when one of those hit it. The worst recorded in 1966 there were 150 thousand small marbles lets say per hour, shooting around and coming near the earth. We have thousands of satellites in space at the moment and all you need is one or two to go down and you could virtually have a whole network down.

Host: We were talking about rogue commets a couple of weeks ago and the damage they could do to earth but what what is the worst that could happen?

Jonar Nader: Well if a very important satellite goes down then all of our mobile phones might be damaged for a little while, or the internet might go down, or the news reports might be cut so there are in fact very good and intelligent relays where if one goes down the other one can go up but I don’t think we have done enough drills on that to actually prove the point. We assume that it will happen but I think there will be lots of problems, so banks could go down very easily, things like that, and we are going to see a lot more of that happening. In fact, they are predicting one to happen next year.

Host: There really needs to be sophisticated telescopes to see all that stuff and be able to work out years in advance.

Jonar Nader: Yes, but at the moment they can only predict it by a year. That’s the accuracy rate, which is very poor. Even if a marble doesn’t hit a satellite and break it, the dust that is left over can settle on the solar dishes and therefore inhibit the light coming in to recharge the unit. 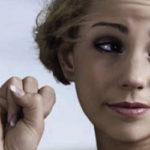 Cyberlaw: who’s in charge in cyberspace?

Where exactly is cyberspace?

Why invest in space exploration?