This question had often popped into my mind whenever I saw an interviewee with their face blurred or their voice disguised. Then, one day, I saw a story on Nine MSN. The woman in the interview had her face blurred. I slowed down the play-back and I noticed that it was possible to see the woman’s face.

The images on the left show how, with computer manipulation, I was able to enhance her face. Immediately I wrote to the Legal Officer at Channel Nine, and enclosed a disk with the photos (as proof and advice), along with a letter which said, in part:

‘On the Nine MSN news site, I saw the footage of the woman… speaking about the complainant in the Johns Sex Scandal.

‘The face was blurred, as if to suggest that there was a good reason for offering [the woman] some privacy.

‘The purpose of this letter is to ask you about your station’s lax editing techniques. Assuming that [the woman] or any other person in the future had been assured of anonymity, it is clear from the photos enclosed (on disk) that your technology had failed you. There was a split-second where the face was in full view.

‘…I am writing to ask you what your policy is in relation to securing anonymity, when it is clear from the technology used, that such blurring does not work, or can fail where operators do not pay attention to the task at hand.

‘If it were a victim of crime, or an informer sticking their neck out, this failing could put people’s lives at risk.

‘How can Channel Nine assure the public of anonymity when others in the editing suite might not be affording such matters the seriousness they deserve?’

This is a photo of the envelope that was posted by Registered Post. The enveloped contained a disk. Sadly, there was no response from Channel Nine. Now, seven months later, I checked the website. The original story is till on line, and no modifications had been made. So all my efforts might have been wasted. Some companies make it very difficult for the public to help them. Try calling large companies and see if anyone would put you through to anyone. You will be met with a stern, ‘What is it regarding?’. This question is rarely asked in terms of ‘how can I help you?’ but in terms of ‘What the jolly bullocks do you want?’.

Some people can’t be helped. 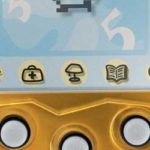 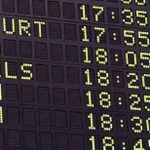 What time do you mean?