The following are approximately the first 1000 words from Chapter 9 of Jonar Nader’s book, How to Lose Friends and Infuriate Lovers.

Starting something from nothing:

Jealousy and the green-eyed monster

We all understand that a telescope allows us to peer into the distance, in order to bring far-away objects closer to us. Similarly, a microscope allows us to delve into invisible worlds so that we can journey through microcosms on the tips of pins. Unfortunately, there is no instrument that can do both.

Therefore, I need you to pretend that we have invented a telescope that can also function as a microscope. It would be this new instrument that I would use to explain how jealousy works, simply because I can think of no other available device to illustrate the anatomy of jealousy.

If you ask eminent psychologists, some would say that jealousy is a good thing, while others would disagree. Several studies have shown that jealousy in relationships can be healthy, while others have explained that jealousy can lead to extreme violence, including murder. This is quite a powerful emotion: to love someone to such a degree that you kill them. Extremists are humans in the raw. Before we incarcerate them, let us try to understand their behaviour. What they are capable of, is also within our capability. They are just like us. We are just like them — give or take a few decisions amidst strengths and weaknesses, balanced atop passion and compassion.

Jealousy is bipolar — in that it is not only like a powerful instrument (such as the telescope) that can bring distant objects closer to us, but also like a precision tool (such as the microscope) that can take us to invisible objects. However, jealousy is neither an instrument nor a tool, but a living cell that can build its own transporter. This is like a jet of water that can build its own hose, in order to reach its target.

It is fascinating that people cannot agree about the status of jealousy. Is it good or bad? Should we foster it or banish it? Is it useful or destructive? Can it bring people closer together, or rip them apart? Does it keep partners on track, or does it derail them? Is it a sensing tool used to detect infidelity, or a disease that causes irritation? Is it an emotion that nature has engineered in Homo sapiens, or a by-product of the days when primates relied more on instinct than on intellect?

For whatever purpose we engage in jealousy, or for whatever reason we fall into its grip, we would do well if we could recognise its power. It is like no other human emotion. It can feed on itself. It has its own energy source. It adds no value to a relationship — except that some people are gratified to learn that their partner is afflicted with it.

Jealousy is draining because it forces us to place the key to our emotions in someone else’s hands. Jealousy is destructive because it takes control away from us and gives it to someone else to manipulate. Jealousy forces us to view the world through a narrow portal that zooms-in on our captors. We watch them. We observe their every action. We stare at their movements. We study their behaviour. We query their decisions. And we are always at their mercy. Any move they make is felt by us. No matter how hard we try, we cannot do anything about it, because it has nothing to do with us. It is out of our control. We are merely spectators who are spellbound by mighty performers who bring us to tears.

Jealousy relates to what someone else does or refuses to do. It refers to what others choose to give or refuse to share. It relies on how much someone accepts or rejects us. It’s all about how important we are to someone else. Jealousy is the epitome of abdication. (The disease of abdication is one of the nine deadly intangible diseases that I outlined in my book, How to Lose Friends and Infuriate Your Boss, in a chapter called ‘Please cancel my disorder’. These diseases are re-printed at the end of this chapter, where ‘abdication’ heads the list.)

Jealous people surrender their self-esteem, their sanity, their happiness, and their contentment. They place it all in someone else’s hands and then they set out to beg for its return. They relinquish what they need most. They know what they want, but they insist on it being spoon-fed back to them.

Conversely, selfish people commandeer what they desire. They would never allow others to take hold of anything important.

Selfish people look after themselves, while jealous people want others to look after them and to make them happy. Those who need others to make them happy are bordering on misery. They are forever expectant, yet their captors hardly give them a second thought, partly because their captors have no idea that their performance is magnified to such a degree that the smallest of vibrations eventually cascade to become major tremors.

Selfishness is the most destructive of human conditions. It fools people into thinking that they are looking after themselves. Selfish people think that they are taking action to improve their position, when in fact, the very act of
selfishness pushes people away. A selfish person wants, and in so wanting, ends up pushing away the people they are trying to attract. Jealousy has the same effect, but operates from the other end of the spectrum. While selfishness pushes people away, jealousy tries to force itself onto others. Both produce devastating outcomes. 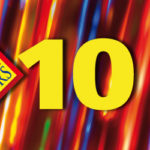 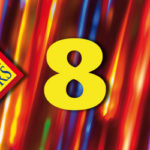