The following are approximately the first 1000 words from Chapter 10 of Jonar Nader’s book,
How to Lose Friends and Infuriate Your Boss.

Wanted: the boss of the future

The skills you’ll need for your next promotion

Successful people are those who can pre-empt future needs. They build personal skills that will be useful and valuable for their career. What will employers of the future be looking for? Here are the top-fifteen current requests from employers when looking to appoint managers. Following each of the requirements listed below are the skills that I believe the boss of the future would need to offer. Take a look at these and try to identify what you need to do to prepare yourself for your next promotion.

1 Current skill — Be a team player

Future skill — Be a troublemaker

Politicians are expected to be schizophrenic team players, in that they are required to appease voters, sponsors, journalists, and power brokers. Under these circumstances, politicians are expected to possess the qualities of a chameleon. No wonder some of them become dispassionate and disengaged. As Sir Humphrey in Yes, Minister observed, he served eleven governments in thirty years, so if he had believed in all their policies, he would have ended up a stark, staring, raving loony!

We are told that to be a team player in the general work environment, we need to be a good listener who subscribes to consensus management. We are expected to be amiable, friendly, tolerant, and not inclined to upset others. Take a look at recruitment advertisements, or read job-specifications drafted by head-hunters. They all seem to want a ‘hard-working, hands-on, visionary leader who is a results-oriented team player with bottom-line responsibility who can take the company into the next decade while over-achieving the monthly targets, reducing expenses, and motivating a team of professionals’. These are contradictory requirements.

In the future, managers will need to be decisive, action-oriented, and influential operators who do not suffer fools. Managers need not bother with the diplomatic game of teamwork. Instead, they should focus on constructing teams that work. Furthermore, if you study all the significant developments of the past, you will find that somewhere in there was a person who was neither a team player nor a hero, but a troublemaker.

Future success will rely less on executives who can appease teams and get along with people, and more on those who can make things happen. Give me troublemakers any day over timid diplomats, for it is the former who shape our world. The challenge is to guide their energy in a positive direction.

There is a new trend buzzing around corporate boardrooms, born from a popular notion that progressive organisations hire ‘leaders’, while stagnating ones employ ‘managers’. The general inference is that leaders are superior to managers.

Board members might believe that their current ‘managers’ are incapable of taking the troops into the fierce future, saying that managers are only administrators, whereas ‘leaders’ are the visionary saviours. This is naïve. Are doctors better than dentists? Are plumbers better than bricklayers? Surely it is horses for courses. Each has a role in society. In business, one mustn’t assume that leaders are better than managers. This would be an insult to both professions. And yes, being a leader is as much a profession as any other.

The difficulties emerge because, over the years, the word ‘leader’ has amassed magnificent brand value. If the word were a trademark, it would stand alongside the biggest of brand names — revered and respected. Regardless, being a leader is not something to be coveted. Yet, despite the fact that we all know that there are just as many bad leaders as there are good, it is still considered a compliment to call someone a leader.

A leader is simply someone who is engaging in a job — performing a function, and carrying out a task. Being a leader requires specialised skills and it needs to be done well. Yet, being a leader is no more important than any other function.

There is a huge difference between ‘being a leader’ and ‘engaging in leadership’. (This topic is covered in How to Lose Friends and Infuriate People.) Until one can grasp this, the subject of leaders, managers, and leadership remains muddy and emotionally charged. It conjures up all sorts of irrational opposition from petty players who just want to be called leaders, regardless of what it means. Just ask teenagers whether it matters to them that their favourite brand of running shoes is not worth a fraction of the price they paid. Price and function have nothing to do with image.

If one understands the differences between being a leader and engaging in leadership, one can begin to understand that it would be misguided to replace managers with leaders.

Whatever the case, the general health of corporations is in a sorry state. Managers have been stripped of their authority. They have been demoralised by the hideous matrix-management structure that baffles them to the point of inactivity. They have been tormented by those to whom they report — junior school-yard bullies with split personalities who purport to be autonomous business leaders, when in fact they are puppets of the almighty headquarters (and those at headquarters are puppets of the stock market). At the end of all the rhetoric and nonsense about the ‘vision’ and ‘mission’ statements, nothing matters to them. Not even customers. Ah yes, remember the customers? No, what matters most to them is the end-of-month results.

It used to be that we measured things quarter by quarter. Before that, it was what we did during a twelve-month period that mattered. And prior to that, we all had to think about our three-year plan, and work towards that. Now you are lucky if you can finish your lunch before some goon in a silk tie asks, ‘Why have you only achieved forty-five percent of the monthly target with only two weeks to go until the end of the month?’ Oh no, drop everything! Drop your lunch, forget about tomorrow, just do what has to be done now to get the numbers now. Never mind about what your long-standing customers might want, and do not worry about following up on that last complaint. No-one cares. If you do not make your monthly figures, you will not even be there to care. So, who cares? 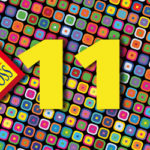 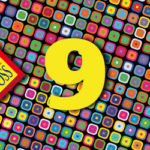