The following are approximately the first 1000 words from Chapter 3 of Jonar Nader’s book,
How to Lose Friends and Infuriate Your Boss.

You scratch my back, and I’ll be off

Many people ask me why, on my business cards, ‘Post-Tentative Virtual Surrealist’ appears under my name. I usually joke that it is a diagnosis of a rare medical condition. Here is the real story of how I came up with the title.

At a corporate function, an irritating couple was working the room. It was obvious that they saw the gathering as an opportunity to develop business contacts. They were not at all shy about walking up to each small group, offering their business cards, making some small talk, extracting some information, and then moving on to the next cluster, saying, ‘We’ll call you next week. We have some very interesting things to tell you.’

It was obvious that they were networking. Eventually, they meandered to my corner to perform their ritual — a big smile, a firm handshake that could easily turn into a hug if one were not careful, and the ceremonious exchange of business cards. The four people in my circle obliged by surrendering their cards. The smooth operators read the cards, clarified each person’s title, and made some overly friendly remark that bordered on sycophancy.

‘Oh, hello Jonar. Good to see you here,’ said the woman, gleaning my name from my name tag. She had already given me her card, but noticing that I had not given her mine, she offered another card in one hand and held out the other hand in the hope that it would prompt me to give her mine. I took her second card, but I did not reciprocate.

‘I’m just here as a guest,’ I said, unwilling to divulge any information to the nosy assailant.

‘He’s with IBM,’ volunteered one of the people in my group, thinking that he was being helpful.

‘Who do you report to?’ she asked.

‘Someone overseas. You wouldn’t know him,’ I said.

‘What’s your title?’ she persisted.

That style of interrogation is not to my liking, so I said that I did not have a title. She refused to believe me. ‘You must have a title!’ she said.

‘A what?’ she demanded, while maintaining her fake smile.

Talk about a nuisance! Still, I have her to thank for my new job title, which I had just made-up on the spot.

What do you do for a living?

You might have gathered that I dislike networking. Those who know me might be confused, because they think of me as a good networker. I would remind them that I have never called to take advantage of them. I have never asked them a personal question, or probed into their private life or work. Furthermore, at functions I never ask anyone about their work, their job title, or their family, unless they first volunteer that information.

Here is another little secret about me: I am quick to dismiss people who start a sentence with, ‘What do you do for a living?’ Mind you, these days, my work is rather public, so there is less of that. I now have to suffer a new set of repetitive questions.

Although such questions are used as innocent ice-breakers, they show signs of a weak capacity for stimulating conversation.

A rule of thumb when meeting someone for the first time is to observe the first question that pops into your head — and make a point of not asking it. Do not bore others by asking mundane or excruciating questions. You will know how boring this can be if you have ever had to wear a cast for a broken arm or leg. Remember how many people made it a topic of conversation by asking, ‘What happened to you?’ It is the same when you have just had a haircut. People say, ‘You’ve had a haircut,’ as if you did not know.

Therefore, consider what you say, and to whom. Allow people to be who they are, not what they are. When you meet people for the first time, do not ask them stock-standard questions that do nothing more than box them into a social set, while signalling that you are only interested in them if they lead an interesting life. Besides, people who lead an interesting life do not usually want to talk about it with total strangers. They could well be exhausted with the subject, modest or shy about it, or just be in need of some privacy. Successful people long to be accepted — but not for their connections, contacts, or fame.

Do me a favour

Many people seem to think that networking is all about getting to know influential people with a view to securing advantages. The practice is so entrenched in business and in society that formal invitations often say something like, ‘You are cordially invited to our annual celebration where you will have an opportunity to network…’

Networking is damaging not because it is harmful in itself, but because it sets up expectations that could disarm you. Do not become a victim of networking by placing your confidence in people who could distract you and sap your energy.

Fundamentally, networking is a waste of time because your success needs to be built on solid foundations. Those who live in the hope that one day someone will discover their talent, will be disappointed unless they build their own infrastructure.

Do not rely on others to do things for you. If you meet people in positions of power, what you do not know is how they got there, and how long they will be there. Beware the manipulators who hold positions of power. Before you know it, they will be hyping up their life and lifestyle in the hope that you will become enamoured of their connections and capabilities. If you try to seek favours from them, you will be targeted and caught before you know it. While you are hoping that they will do something for you, the tables will turn and you will end up doing something for them. 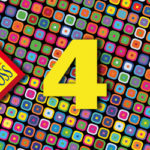 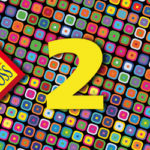