The following are approximately the first 1000 words from Chapter 7 of Jonar Nader’s book,
How to Lose Friends and Infuriate Your Boss.

Imagine how fascinating it would have been to follow the last dinosaur. Who outlived the group of people who personally knew King Henry VIII? What was occupying Galileo’s mind during the last week of his life?

The initial concept of ‘money’ would have confounded many people. Can you imagine the discussion that would have taken place when a travelling trader visited the shores of the Nile in Egypt and said, ‘Allah be with you. I like your vegetables. I’ll take them, and in exchange, I’ll give you this piece of stone we call money’. The seller’s perplexity would have been precious to catch on camera.

We hear of things that happen once in a lifetime. Some comets appear in our solar system every 75 years or so. If we do not look heavenward at the right moment, we will have no other opportunity during our lifetime. Halley’s comet last appeared in 1986, and will next appear in approximately 2061.

Although these moments of history are locked away forever, we can rest assured that new marvels abound, including new problems, new solutions, and new sights and sounds that our ancestors could not have enjoyed.

What age are we in?

If you were at a gathering and someone asked, ‘What age are we in?’ What would you say? Many people think that we are in the age of telecommunications. Other descriptions include: the age of consumption; the age of knowledge; the age of invention; the Internet age; and the space age. The majority believes that we are in the age of technology. I disagree. The technology that drives the world today has been around for decades. Most of the important advancements in the construction of social infrastructures took place long before the computer was invented.

I believe that we live in the age of con-fusion. I have hyphenated this word to emphasise more than one meaning. The first connotes the traditional use of ‘confusion’ to mean ‘bewilderment’. The second meaning takes the word ‘con’ which means ‘together’ and the word ‘fusion’ which means ‘to melt’. The implication is that we are in an age wherein we are fusing disciplines that had never before touched each other. The primary element is technology, whereby we fuse it with secondary elements such as medicine, finance, business, law, education, and farming.

The process of convergence is not as complex as con-fusion. The former merely brings elements together. The latter combines those elements to form a completely different substance.

We humans have been able to imitate nature in order to innovate. Unfortunately, the by-products have become the new burdens of our age. These include tangible consequences such as new waste and garbage, for which we have not yet developed adequate disposal methods. Also included are intangibles that complicate our world when we envelop them with regionally based ethics and values — meaning, what is considered acceptable within certain countries and customs.

Some intangible by-products are manufactured on purpose. For example, in the past, multinationals were accused of starting a new industry by inventing the perceived disease called ‘body odour’. The multi-trillion dollar industry showers us with perfumes, body sprays, soaps, deodorants, and other products to make us smell more appealing. The modern equivalent is the perceived disease of computer illiteracy.

Other by-products that emerge from con-fusion include mental and social disorders that manifest tangibly (such as obesity) and intangibly (see those listed below) to grip nations and to torment people.

I have identified nine debilitating modern diseases that I think are responsible for personal failures and misery. Although these diseases are not new to the human race, they have now reached epidemic proportions. When coaching and counselling my clients and their staff members, I have been struck by the prevalence of these diseases. Below, I have summarised the results of my findings (listed in alphabetical order).

The best technology is the one that is invisible and stable. The light bulb is an example of invisibility, in that it works without intervention on our part. The electricity station is so far away that most people will never get to see one in person. Television and radio are good examples of stability, in that they work every time we turn them on (notwithstanding the glitches in new digital devices). The hard work that takes place behind the scenes to produce the programs is not something with which we have to concern ourselves.

Invisibility and stability are the ideal states for fast-paced societies. Unfortunately, they are also the contributors to the disease of abdication, whereby we entrust the complexity of our world to someone else. For example, we have no idea how the electricity generator keeps working, nor do we doubt that it is being taken care of. At this level, dependability turns into dependency, while reliability becomes reliance.

Fears of dependency and reliance surfaced when the calculator was first allowed into the classroom. Educators fretted that students would lose their ability to perform basic arithmetic. Modernists argued that it did not matter, pointing to the fact that many services in modern life come to us without any intervention on our part, and that progress meant that we had to let go of the fundamentals. So much so, that some milk drinkers have never seen a real cow. There are also children who have never experienced the tears resulting from cutting an onion. Are they missing out on something? What about modern children for whom a box of matches is a novelty amid ignition gadgetry in their kitchen? 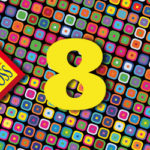 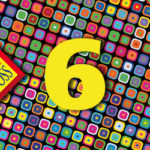