The following are approximately the first 1000 words from Chapter 1 of Jonar Nader’s novel called ‘Z’.

I do not know what it is like to have parents.

Until the age of twelve, I lived with Government-appointed guardians who were indifferent to my presence.

To them, it was just a job. At thirteen, I inherited a new set of guardians. They were heartless bureaucrats who controlled my every move. Eventually, they sent me to a boarding school, and from that point on, they administered my affairs via countless colored forms.

Seven days before my eighteenth birthday, an official letter arrived, instructing me to be ready at noon the following week. I hoped that it was not another transfer.

On the day, surrounded by classmates, I waited obediently and saw a black sedan enter the school grounds. The chauffeur drove me away, and two hours later, we arrived at a maximum-security penal complex called the Cumberland Center. It was a secret establishment that housed forgotten identities who were not only deserving of incarceration, but also of excommunication.

Within five minutes of arriving at the Center, I was directed into an office where a uniformed man told me something that no eighteen year old should have to hear without forewarning. ‘You’re about to meet your mother,’ he said, as he motioned for me to follow. After a long walk through numerous corridors, he pointed to a room.

I had always thought that my mother was dead. Hence, I felt anchored to the floor. Moments later, I was ushered in. The door closed behind me.

Not knowing what to do with my hands, I stood like a prefect, waiting to be addressed. My eyes fixed on a slim attractive woman whose short blond hair shone under the lights. I wondered what she was thinking. Perhaps she was wondering what I was thinking. I do not recall my first words to her, and just as well, because I have a feeling that I was either incoherent or inarticulate. But I do recall her eloquent response. She said, ‘Now that I see your beautiful face, I can finally let go of the thousands of images that have flashed at me.’

Well, that was twelve months ago.

I was separated from my mother at birth. It was supposedly for my own good, but in truth, it was part of her punishment. Although she has never been tried in a court, the authorities voted that I should be raised by the State.

During the past year, I visited my mother almost every Sunday, between 10:05 am and 4:05 pm. We were never allowed to touch. The glass wall between our two cells was so thick that if one were to hurl a brick at it, I imagine she would not have heard the thump.

The only furniture in the visitor’s room was a metal chair affixed to the floor in the center. Near the door was a small shelf, on which they placed one plastic jug of water and one paper cup.

My mother’s cell was even smaller. It contained a stainless steel toilet, a tiny washbasin, and a squeaky metal bed. When talking to me, she would sit on the bed, lean against the wall behind her, and cross her legs — yoga style.

HDW-1 is my mother’s file ID. Her real name is Jane Cook. If it were not for one vital piece of information that she is withholding, she would have met with a fatal accident long ago. Bigwigs continue to obstruct the judicial process because they do not want her to testify. With or without a trial, she could well remain locked up for the rest of her life.

My mother, or perhaps it would be easier if I referred to her as Jane, has never held me in her arms, and my desire to hug her might never be fulfilled. Although we spoke almost every week, I have no idea what she really sounds like. We communicated via a microphone in the ceiling that took our echoing voices to a monitoring room where I suspect we were recorded. A split-second later, the words were minced through crackling speakers. If I looked closely, I could detect a slight delay between Jane’s lips and her voice.

I was forbidden from writing anything during the visits, so I took mental notes. Then, on the train trip home, I jotted the details while they were fresh in my mind, knowing that it was illegal for me to do so. Over the past year, I have chronicled Jane’s astonishing story. As a result, I am now on the Most Wanted list.

Jane had once been a conscientious lawyer who helped underprivileged women. After she had repeatedly encountered injustice within the system, she switched careers, hoping to provide practical service as a doctor. But that dream was interrupted by the divorce. Reaching an end to a seven-year relationship, Jane was overwhelmed. With no money, no job, and several credit cards stacked to their limit, her prospects were grim. She blamed herself for trusting too much, loving too much, and giving so much that she had nothing left. Amidst emotional strain, and at the expense of her well-being, she immersed herself in study.

During my Sunday visits, I uncovered the truth and I understood why Jane was incarcerated. She had left her mark in a way that no dictator or terrorist had ever managed. No think-tank and no government had planned for, or even contemplated, such an eventuality. Jane did more than change the world — she distorted it. As a result, every person alive at the time was affected. What transpired almost two decades ago was, and continues to be, beyond everyone’s comprehension. Its effects are still unfolding, and every day brings new challenges that not even the greatest minds have been able to pre-empt.

It all started with a telephone call. 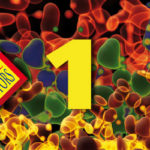