Jonar Nader says that executives who instruct their staff to cut costs, are missing out on the opportunities to grow and innovate. In this video, he says that there is something more powerful than cost-cutting.

There are two videos below. The second one is of a higher quality for those with high-speed internet connection. The first video is 9 Mb. The second is 16 Mb. Video length is 5 minutes. Further below is a transcript of the video.

Jonar Nader: If you go to the most fantastic of business schools, the modern issues today that are plaguing organizations are sort of summarized in – I don’t like the number seven but, you know, there are top 10 things and up there is that three heads are better than one. They have worked out that somehow, teamwork is a good thing. Number six on the list of things that they are preaching to organizations is that we need to make tangible offers, offers that people understand. That we need to focus on the bigger picture, we need to embrace competition even though you might think you have a monopoly on certain things. Think like someone who’s competing. Survey your customers and innovate or fade. Innovate or fade. And the number one which is the big thing is keep costs down. That’s the biggest mantra at the moment. Keep costs down, that you will hear everywhere. Well, that is the true but they are again misplaced. So let me go through each one of them and tell you what I think of those.

Keep costs down. Have you watched television after 11:00 PM at night? It seems to me that every TV executive thinks that we all have acne. We all need ab blasters for our stomach. And what else? Oh, and that we cook a lot. We need knives. 360 days of the year apparently, time and again, that’s what they dish out. Why? Because some TV goon worked out that they could save a lot of money. They could cut a lot of costs if they get rid of normal programming and just get someone to pay them to advertise at you. That’s not keeping costs down. If you think that keeps costs down, well then just run the knife ads day and night. That keeps costs down at channel 7, wouldn’t it?

So what has happened here is you’ve had some goon with all the resources of CNN and the BBC and the world channels and every multimedia under the sun, and thousands in the archives… and the best they can give me is the same knife commercial 360 days of the year. What a disgrace on an organization that has so many resources. So it’s not about, oh, let’s get cost down. That’s the wrong mentality.

This is a photo I just put up there recently from New Zealand. I stayed at a hotel in New Zealand and I’ve been watching this morph. First that you should read, breakfast bacon and eggs and then they peeled the S off to cut costs.

Jonar Nader: And I thought – and then, I came back another few months later and I don’t know if you could see up here. It says from $6 and now they put a red from $6. And I thought, gosh, why don’t you just say bacon, tomato and toast and save even more money?

Jonar Nader: It’s not about keeping costs down. It’s about doing your best. Do your best. Look at the mentality difference. Instead of saying, ‘Ladies and gentleman, welcome to the Annual Staff Meeting. Please go out and do the very best you can.’ I love it in hotels. If Oprah Winfrey walks up and says, ‘Look, do you have salt-free butter?’ They’ll probably say, ‘Oh, just a minute,’ and then run out at the back to the local 7/11 and buy some. But if little old Jonar says, ‘Excuse me, do you have salt-free–’ No, sorry. That’s all we got.

And so, my theory is that we should train everyone first by asking them, who’s their favorite idol. They’ll say Elvis Presley. They’ll say Madonna. They’ll say Oprah Winfrey. I would say fine. Then any question asked by any client ought to be done to the Oprah Winfrey test. If it’s at all feasible to get salt-free butter by any which means for Oprah and you would do it because you lovingly want to, then you must do it for John Smith and Mary Smith.

Jonar Nader: … or say $30,000 then the equivalent rip-off value is like buying a car for $3,000,000. SMS is the most profitable, most used, least advanced text Morse Code you’ve ever seen. No, it’s not that people want innovation. They want you to add value. 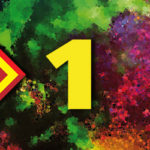 The problems with Shared Services

Why profit dips when revenue increases