Are you getting any?

A seventeen year old friend of mine is constantly buzzing, vibrating, or texting while talking, watching a movie, eating, or walking. He even does it in class. He can text without looking, just like typists can tap away on the keyboard without looking at the keys.

The photo above is his weekly dump. He has to delete the files lest his phone run out of memory. If he had his way, he would never delete the files just in case he needed them. He could not tell me what he thought he would need them for. Perhaps they comfort him.

The phone-carriers could make some money by charging for mailbox storage space. They are always dying to make an extra buck. This is something for which most people would gladly pay.

Today I received an email from one of my friends who said, ‘Why don’t you set up your own Twitter page? Knowing you, your Twitter comments would be witty, poignant, insightful, and I expect you would build a large following quickly.’ I responded, ‘Does the world need one more interruption in a day? Who’s got time to read all those blips?’

People are curious beings. Observe our behaviour on a flight. We can’t be bothered getting up to grab a newspaper. Yet, when the person next to us opens the page, we start reading over their shoulder. If there is a TV program in the foyer of a hotel, we become agitated if we can’t hear it properly, as if it matters whether or not we know what is being said?

Those with 300 or more friends on Facebook, how many hours does it take to look at all those short quips. What about those silly clubs they want you to join on Facebook? Today I received an invitation from a friend who wants me to join a club called, ‘I don’t care how you type on line’. Sure it’s all fun, but when you add it all up, where are all the hours going?

I never did watch Big Brother on television. For a start, I do not own a television. My monitor only plays DVDs. I can not watch a TV show if I wanted to. The antenna is not set up, on purpose. I just don’t want the distraction. I know that if I just switch it on for a sec, while I take a break, Oprah (repeats) or Dr Phil or Judge Judy would agitate me, and force me to stay tuned beyond the mindless advertisements to see if the mother of 15 kids is going to marry for the 19th time. And does it really matter? Anyway, back to Big Brother. I know how addictive it can be. We are all the same. We want to know what happens next. It’s only natural. So I never watch the first episode. In this way, I have no curiosity.

Why do you think publishers give you a free chapter to read? It’s a great hook.

I’ve seen people texting at a rate of one per ten seconds. When I query it, they say that they are trying to work out where to meet each other. ‘Why don’t you just call and sort it out?’ The response is often, ‘It’s cheaper to text’. It also seems more private if they are around family members. They do not want others to hear the conversation that would go along these lines: ‘Let’s go to Sarah’s, pick up the DVD of ‘Fifi Does Dallas’, then on to Jamie’s for the booze, and we can then leave to the club at midnight, and I’ll drive, but can you lend me $20 bucks because I lost mine at the casino… and don’t forget your fake ID.’

People make time for what they think is important. And I fear that most people have not decided that twitter is important. It is not a decision, but a sticky-beak ‘I can’t miss-out’ addiction. But my dear, it is such a waste of time. To which they will respond, ‘You don’t understand. I just have to know what’s going on. What if it is important!’

P.S. To all those friends of mine on Facebook: it would be good to receive a phone call from time to time so that we can go and have a meal. I prefer human contact. Until then, as they say in cyberspace: xx oo xx :) and don’t forget the lol.

I really wonder if… 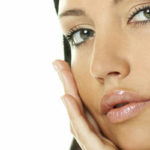 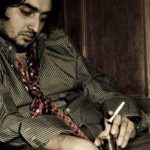 Whatever do they mean?