ID theft and its impact on citizens

ID theft is one of the fastest growing crimes that affects average people. Why is it on the rise? How is it done and why are ID thieves getting away with it? What can banks do about it? What should citizens do to protect their identity? Will there come a time when we will no longer celebrate our birthday in such a was as to reveal our birth date? Jonar Nader says that our date of birth should be something that remains private, because it is being used as one of the most important aspects of our identity. Other important information can be obtained from mail boxes and rubbish bins. Jonar speaks with Walkley-Award winning journalist Ghassan Nakhoul. This broadcast is spoken in Arabic.

Below is an English transcript of the Arabic interview.

Radio Program ‘The Youth & The Future’.

An interview with Jonar Nader.

Identity theft is the worst crime of the digital era. Why should you be aware of strangers acting nice weather on the door, the phone or via email?

How does identity theft happen? And how can we fight it? And is there going to be a day when we will be afraid of telling people our birth date?

People, banks and insurance companies lose hundreds of millions of dollars every year because of what is known as ‘Identity Theft’ which is a crime by which the criminal gains access to the victim’s bank account and credit card.

This topic is what we are going to talk about with the author and thinker ‘Jonar Nader’ who often lectures about it.

Host: Jonar, why is the identity theft crime increasing?

Jonar Nader: Identity theft is one of the most common and fast spread crimes, and the amount of stolen money through this crime is doubling every year.

So, the bank sends my credit card to this unknown person, who easily signs the back of the card, activating it, and starts using it.

Host: Actually people might think this is some kind of a joke, when it is a very serious thing. So how does the thief get this information about the victim?

Jonar Nader: As you know, we still get the mail via post office by sending it with the postman who places it in our mailboxes. Anyone can wait until the postman leaves, and then goes and steals whatever it is in the mailbox. And in there he might find mail sent from government departments, utility companies, phone companies, etc…

From that, he would know the name and the address of the victim.

Then he searches through the garbage. He might find something with bank account number on it. Now, he knows the name, address, bank name and bank account, and they might also get their birth date from the garbage.

They might get the home phone number and then call and claim to be the school’s gym teacher and that the son of the victim is injured and needs to be taken urgently to the hospital, and they need to have the Medicare number. The parent who is worried for their child would give them that number.

That is how they gather information, and all they need is 5 pieces of information to call the bank and steal one’s identity. You say that some think it is a joke, I told people that a day will come where you will be worried of having a birthday party at the office, because you wouldn’t want people to know your birth date.

The other way is via Email. Yesterday I received an email telling me that someone was trying to access my bank account, and that I needed to click on a link to verify the information they have. And there are many people who would actually click on that link. So people should know never to click on any links from emails they don’t know.

Once I was called by a legitimate credit card company, and the lady on the phone was asking me all kinds of identity questions, so I told her ‘Lady, I don’t know who you are to give you all these information’ she told me that she needed this information, so I said ‘By this you are teaching your clients to give information to just any caller’. After that, I called the fraud department manager of that bank, the security manager and other managers to tell them about that, but no one seemed to have enough information about this kind of crimes, and that is why you see them every day in the courts trying to solve related cases. We try to educate the listeners about this kind of crimes, when senior bank officials who are the main victims of such crimes, are still not fully aware of it.

Host: So what do you think should be done then? We are now cautious about what we through in the garbage, how we talk over the phone. How can we protect ourselves?

Jonar Nader: People should always be careful, and wonder about the person looking for information, who are they and why do they want this information.

And once I was on a commercial airline that do not have entertainment on board, and they offer you a portable DVD player to use for 5 dollars and your driver’s license as a guarantee, I told the lady that I can’t give you my driver’s license for 2 hours, I don’t know what you can do with it. She said ‘don’t you trust me?!’ as if people would punish you for doing the right thing.

Some might call your house and say ‘is this so and so house?’ you say no, then they ask if it was some other person’s house, you say no, this is Ghassn’s house, and by that they know the name and the phone number.

Host: We once spoke and said that today’s thieves are no longer jumping of windows trying to steal few dollars; they are the big digital thieves, which is a scary thing.

Jonar Nader: True. Today, you cannot go from one room to the other in your office without using the swipe card, and people think it is a high security system, because that way they can tell who enters what room at what time, but the fact remains that the system cannot tell who is using the card.

At the buildings for example, if someone enters after me into the building without using his swipe card, I don’t go anywhere or use the elevator until I know where is he going and why didn’t he use his swipe card.

The same thing in some hotels, where the elevator will only work if used your hotel card, so, if someone jumps into the elevator with me without using his card, I call the security.

Host: A while ago, they used the person’s photo as a kind of identification on the credit cards. Do you think that is an effective way?

Jonar Nader: It does help to a certain level, but they made a research by visiting 200 stores and bought items which they paid for using a card that had a photo of a dog on it, as well as using a wrong signature, they found out that in 70% of the stores, no one paid attention. Which means that many people wouldn’t pay attention to the photo, especially that people would change the way they look from time to time?

I think it is better if the credit card didn’t have any information, because when I go to the supermarket to buy a very small thing, the clerk knows my credit card number and signature. And if I wanted to pay the taxi using the credit card, I usually ask him to drop me few houses away from my house, because I don’t want him knowing my credit card number, my name and my address. I am not saying that the taxi driver is planning to steal anyone, but sometimes they talk to entertain the passengers, and they give them the addresses of the people they know.

Host: Too many things can happen because of gossip.

Jonar Nader: True. And there are people who would call claiming to be from a charity organization or something, and some people would respond to them and give them information. I use to live with my family, and my mother was a very nice lady who didn’t like to hurt other’s feelings, and use to answer all questions any caller would ask her. This is wrong.

A lady friend of mine who lives alone once told me that she saw someone trying to climb on her balcony, so I told her; you should have acted as if you were talking to your husband.

As for the home phone, I refused to get a used number and requested for a fresh one, and had to wait 2 months to get it, because I didn’t want to have a phone that is known by others.

And today, there is this new technology, that would forward the call to the answer machine before the phone rings, and then the machine would request the caller to say his/her name, if the name was not in the phone registry entered by the phone owner, the phone would not ring.

In the future, we might be able to give passwords to people who want to call us, so when you call me for example, you will be asked to enter the password I give you so your call can go through.

Host: There are also people going from door to door saying that they are from a new electricity company or phone company and request information. So is it wise to give information to such people?

Jonar Nader: They might come to you wearing the right uniform and driving the right car, and tell you that they have competitive prices, and when you ask them about these prices, they say that they cannot give you these information until they see your previous bill, in this case, the company might be for real, but their information gathering system is stupid.

I once told you that a police chief came to my house with a notification, and asked if this was Mrs. Jonar Nader’s house. He was wearing the police uniform, driving the police car. So I get confused, weather to say yes which would not be true, or to say no, and then he well ask me more questions about things he does not need to know.

So I said ‘Who wants to know?’, he said ‘I can’t tell you that because I have a notification that I should only give to Mrs. Jonar Nader’.

So I said ‘this is the wrong address’ he asked again if there was a Mrs. Jonar Nader that lives in this house. I said no, because I didn’t know who is he and who sent him and what is he delivering.

We also need to know that identity theft is not limited to stealing money and financial information; they could also use it to harm you in a legal way.

Host: The thinker and author ‘Jonar Nader’ and with that we end the ‘Youth and the Future’. 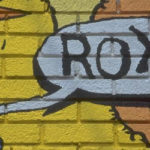 Intellectual property and ownership of ideas 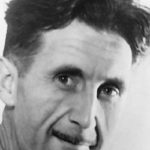 Microchips inside your body

Radio talk back: the impact of technology

The public’s reaction to Z the novel