Jonar Nader asks if our society will tolerate compulsory HIV testing. He also ask similar questions about breath testing for non-drivers, and whether schooling ought to be shortened.

Jonar Nader: Yes I thought we would ask people some tough questions like I heard just recently that in some parts of Africa the aids epidemic is so great that for every 10 adults 4 are infected which leads me to think at what point should they make testing mandatory in the same way they made SARS testing mandatory when certain people hopped off an aeroplane. So I am wondering then would Australians ever tolerate a mandatory HIV test and if so how would we cope?

Host: Well maybe we’ll get to the point where we will have to?

Host: and domestic violence too.

Jonar Nader: Yes so breath testing is not just if you are going to drive.

Host: Jonar what do you think of a P plate curfew. There was a curfew proposed in America and in New Zealand it works very well say from 10pm at night until 5 in the morning where P platers are not permitted on the highways and freeways. It could save lives couldn’t it Jonar.

Jonar Nader: Well yes it could,I just wonder though whether this is the minority dictating the majority. I, as you know, left school at 14. I had to go from one end of town to the next where trains were not available and busses stopped after a certain time, so does that mean that I have to be penalised because other people drink, I don’t drink so we have this fine balance between do we all suffer for the good of the all or should the minority louts be locked up at first sight. I have people down the road here, as I am near a park, who love to congregate and we all know what they get up to. Unless you post a policeman there 24 hours a day you’ve got hoons but I’d rather have a vigilante group go down and lock their cars up and deal with the idiots who are actually causing most of the trouble. You generally find it is one or two or three people who cause most of the trouble in the neighbourhood.

Host: Yes that is very true.

What about violent crimes and the question of bail being prohibited, should we just say ‘Bail should be prohibited on all Violent crimes’?

And should students after year 10 stop going to school and scrap years 11 and 12 and make them vocational years rather than just prolonging the sentence?

Host: Yes that’s a good point you should be Prime Minister Jonar.

Jonar Nader: Oh who is going to agree with me on non popular questions?

You know if you have nothing to hide why would you object to having a breathalized or having an aids test. It’s like asking why should I go through that threshold at the airport, I’ve got nothing on me! Well we all do we all have to and soon it will be compulsory to do a lot of things. You can’t smoke now in a hotel or restaurant, 20 years ago you could light up wherever you liked. When I see a booze bus I don’t get terrified. I’m proud to think I am not a booze artist and driving a car. So I think we are all there protecting each other. 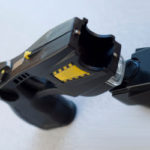 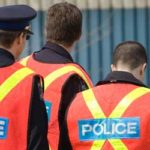 The long-term benefits of migration

Predicting the next 100 years: Part 2

Predicting the next 100 years: Part 1