Some schools are banning camera phones, while police departments are installing cameras to their stun guns so that they can film incidents for court evidence. With fatalities being reported as a result of tasers, the camera can act as crucial evidence to determine if a stun gun were used inappropriately.

Jonar Nader: Well I thought tonight a quick technology round up, a few things happening. Speaking of technology, you know my nephew goes to a private school and they said no more phones with cameras.

Jonar Nader: But manufacturers aren’t making them, so they are going on these websites desperately trying to outbid each other to buy these $2 tin pot things and they are going back up in price, because they don’t want them at school, they don’t want them on Bondi Beach and so it goes. But that is interesting because a manufacturer of the stun gun, you know the stun gun that shoots out electricity to apprehend violent people etc?

Jonar Nader: Well, there has been such pressure to say that these stun guns could hurt you and the police associations and people like that are saying no and amisty international said that 70 people died in North America in 2001 from such things and then the Canadian Onterio Chief Coroner said “no no no one died” so anyway, point being cameras. So what is happening now with these new stun guns is they are attaching cameras to them and with the new models when you shoot it starts taking videos, so you have evidence to the court as to what happened, why it happened, and when you shot it. And there are many states in the US that can allow you to carry such a personal protection device for under $1 000 and they are quite attractive, they are slightly larger then a mobile phone and are obviously like a gun and there are various types, but I went to the website of one of the companies who is selling them for $999 and down the bottom it says, if you have occasion to use this stun gun, the best advice we can give you is to put the gun down, leave it on so that you can run away from the assailant and if you can furnish us with a police report we will replace it free of charge. What an interesting sales hitch.

Host: A money back guarantee.

Jonar Nader: Yes. Also around the courts, you know spammers, people who send out junk emails all over the place, even now they are saying help the tsunami victims and it is a virus or something, well this chap was caught, 30 years of age in Virginia, they gave him a $1 000 bond or bail which he didn’t put up, but he is worth US$24 000 000 because he has hacked into the micro economy, because he tells people to send me $1 and I will send you a pamphlet on how you can be rich, you know, send me $1 and I can do this or that for you heal your baldness or whatever he is going to do for you. Well he sends out something like 7 500 000 pieces of spam on a good day and in some states they cant apprehend you for that because some states say that well it is legal as long as you don’t send more then 100 000 emails a day or whatever, anyway, point being this guy wasn’t apprehended for sending span, but for changing his name and for misrepresenting himself through the internet and it is amazing how you can always catch somebody through the back door. And another one that would be of interest to people like us on radio, you wouldn’t think at first, Apple, the computer company is suing someone who is putting trade secrets about them on a website, the website is just like any newspaper and apparently the news should not have been leaked. And they are saying we are going to sue you for giving out the trade secrets on your website, and the people are saying n, we are investigative journalists, if we can find the information, it is up to you to stop the leaks from your organisation. Well the thing about radio here is that if in fact Apple wins it means the website will be sued, not the man who leaked the information who was an employee, which means that in the future if I tell you something, and I have that information through a leak, you the station could be sued for broadcasting something that was considered to be trade secret.

Jonar Nader: Yes, but you are not to know, and an editor might say, I am not to know how or where this information came from and I go to the CEO and he tells me something. How are you supposed to triple check everything? What about freedom of speech? What about the right to whistle blow? 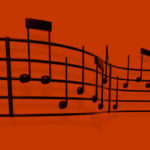 3AW Quiz: UK vs US terminology 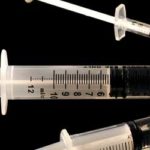