Who is permitted to upset you?

Jonar Nader says that we start each morning with a cup, filled with energy. Along the way, people bump into us, forcing us to spill our energy, and waste it. Jonar also explains why many thinkers becoming loopy. Further below is a transcript of the video.

Female: First this evening, the book has been said to take a hold of you by the scruff of the neck and give you a jolly good shake. Well, it’s called How to Lose Friends and Infuriate People. Its author, Jonar Nader, is a futurist and digital age philosopher.

Jonar Nader: Rather than just wait for something to happen and you go, ‘Oh dear, what happened?’ You should be asking scenarios. So, I’m also a futurist. A futurist is someone who can say, ‘What is the likely scenario to happen if I go this path or if I do it that way?’ Business people should do that and personally, we should do that. And therefore, successful person is one who preempts. Who says, ‘What are the questions I should be asking about my business, my industry, my lifestyle? What is the possibility that could happen?’ And I’ll preempt it happening and maybe open a coffee shop and start selling widgets that everyone will want or – or you know. So, they’re actually, you know, they sound funny. People think I’m loony and loopy.

Jonar Nader: But that’s just something we should all be doing.

Female: Well, you mentioned success and this is what the book is all about, isn’t it? We all measure success differently.

Donna: Whether it’s money in the bank, whether it’s having a happy home life or a happy work, how do you measure success?

Jonar Nader: Right. Exactly. For me, success is not what you amass, it’s what you discard because actually, if you look at people who amass wealth and great cars and fancy things, they do get it but their trauma and their lifestyle and their health and their blood pressure and everything else comes with it. So, you’re taking the whole baby in the back water and the all the thing together. Success is about being able to say, ‘I shall discard that from my life. I shall get rid of the intimidation from my life. I shall get rid of maybe things I don’t like doing like you know, mowing the lawn or washing the car.’

And so, if you look at life as a pie, how much of that pie is obligatory? You just do by obligation. How much of it is with love? And so, my measure of success is to continue to grow the pie and to continue to reduce the things that I don’t want to do. Not necessarily to have a fancy car or ten homes because …

Donna: Does it mean discarding some people too as the book says, you may have to lose friends along the way?

Jonar Nader: Discarding the leeches of life because when – I mean, here you are, when you wake up in the morning and you have a cup like this full of energy and people knock you about and they spill your energy left, right, and center. Who is authorized to make you angry? We go around giving the keys to our heart to everybody. We allow our boss to make us angry, the spouse to make us angry, the kids, the neighbors, everybody. And by 10:00 o’clock, we’re like this and just go, ‘Gosh, why have you given the key to your heart to another person?’

Put the lid on your energy cup and say, ‘No, I won’t allow you into my life and I’ll get rid of you out of my life.’ Because you know, it’s not about being nasty. It’s about saying, ‘Look at this beautiful world in which we live. Isn’t it marvelous?’ None of us are guaranteed a tomorrow. Now, have we done anything today called living or did we just run around on a treadmill and somehow fend off the – the pests? That’s basically what we tend to do.

Female: There’s a lot of uplifting talk about life in your book, how much of the way you regard life now is based on this, and your childhood and your upbringing? Because you have that comparison which a lot of us don’t.

Jonar Nader: Yes. Well, I had a childhood that I couldn’t ever wish on anybody and it started out in Lebanon, which is – actually, Lebanon and Christchurch are so much the same. I was in Christchurch a few years ago and I haven’t mentioned to my sister who is in the Australian Army serving as a lieutenant and they came out here doing some exercises. And I said in passing, I said, ‘You know, everywhere I’ve traveled all around the world, I somehow felt Christchurch was like Lebanon.’ And she said, ‘Darn it you should say that. That’s what I thought.’

And so, mind you, so going back to Lebanon, I saw that, the beauty and I saw distraction when the war started, the absolute killing and the murder and the revenge and the blood and guts and the smell 24 hours a day for years. When you see that, you see how fragile life is and you see how wonderful life is. And then you come back to Australia and everyone is just picking and fighting and backstabbing and you’re thinking, half the world is at war, the world is so beautiful, anyone of us could die tomorrow because death becomes something that is just so there in your face. So, I used to get up from a meeting and say, ‘Excuse me, I have an appointment with life. I am going. I’m not putting up with this nonsense.’ And of course, that loses friends and infuriates people.

Jonar Nader: It does.

Female: You have that background as I see to make that comparison but somebody like me who had, you know, not beautiful childhood, a very happy childhood, is it about looking at what you’ve got and being very grateful?

Jonar Nader: Well, and learning to grow. See, what you’ve got is a seed. Now, if I give you a seed and you look at it, it’s an ugly little piece of nothing. And if I said, ‘Here is a knife. Cut it in half.’ And you look at the seed, you still can’t see it. But can you imagine the intricacies and the beauties of that seed? Well, your life is like that. Yet, do you nurture it? Do you feed it? Do you grow it? Now, when you go home after work, do you have any energy left in your cup to actually grow your life, to enrich your life, to live a zestful, wonderful life? No, because you’ve got to feed the kids, you’ve got to put this up, putting to bed, and whatever it is and it’s still drama.

Well, I need to shed some of that off because how else can I grow? Most people don’t learn a new word after the age of 18. Their vocabulary stays the same thereafter. Most people don’t have a new dream beyond you know, whatever they’ve been. No, that’s it mate. You’re going to be a plumber the rest of your life. We have this sort of we’ll put the lid on the coffin. You’re a plumber mate, that’s it.

Female: Jonar, you talked about courage and audacity. Now, it’s the audacity that’s hard for a lot of us who’ve been brought up to think, you know, with codes of a behavior which say, be patient, be tolerant, be polite to everyone.

Jonar Nader: Well, that’s what we’re taught. And we’re taught that our virtues and somehow, we actually really think there are some religious virtues that you have to be patient and tolerant. And I say, ‘If you are patient and tolerant because that is all you know, you are but a vegetable. You know nothing.’ Because you haven’t chosen to be patient with me, you’re just being an automatic clock. You magnetically sprung that way. I want you to learn how to be patient and impatient so that when I do something to you, you can decide which. People are taught fear. Have you noticed how every child by the age of seven knows fear upside down, inside out? Every – their whole body physiology just gets consumed by that 4-letter word. But how many of us get consumed by that other word called courage, the opposite of fear?

Now, the title to the book sounds the opposite, How to Lose Friends, you think you sure you want me to do that? I say, ‘I say, isn’t that the opposite of what you’re taught? I want you to know both so that you can collide and make a decision with conviction.’ So that you have decided to be fearful or to be courageous not what you’ve been brainwashed for the last 20 years.

Jonar Nader: Well, it is now hard. Yes, because you’ve grown to this level and gosh. But what I am saying is as we are growing, as we’re letting our kids grow up, don’t forever instill any one virtue, whatever it is you think is great, teach them the opposite because then otherwise, they cannot call upon it. It then consumes them.

Female: There’s a comforting thought you make in the book about a majority- rule society where it’s the minority who make the difference, isn’t it?

Jonar Nader: Absolutely. If you look at any event whether it’s building a Berlin Wall or cracking the Berlin Wall, whether it’s creating communism or killing communism, whether creating the greeny movement or not, whatever it is started with the loony. And even the person who said the world, you know, is round was locked up. And I used to think as a kid, I was teased, I was a wag, I was heated, I couldn’t speak English, I didn’t eat, you know, the things we eat. I couldn’t play cricket. I was always an outcast. And I used to think, ‘Hang on. I will get a better car and I might be like better and I’ll buy fancier clothes, I might have better friends.’

And somehow, if I build my brain, people might revere me. And the more and more knowledge you amassed, the more loopy and loony you become. The more lonely you shall live. And that is why then if you’re going to live an alone life where you shall see things that others can’t see, you had better be very self-confident because that’s where you get loopies. That’s why many scientists got crazy because you feel so burdened by what it is that you see.

See, at the moment, if I put this on my head, people go, ‘What this guy on television got this on his head for?’ Because the visible things everyone is an expert at. They can see that’s wrong. But can they see that I’m a backstabber a manipulator, a hound, a con artist? Can they? I don’t think executives and people in an office environment can see it. And the one ding dong like me who can see it, and I say, ‘Boss, that guy over there is a con artist. He’s destroying our company.’ What does the boss say? ‘Jonar, it’s a personality clash.’ They can’t see it.

Female: That is the most thought-provoking. When we return, we have Simon Buttress from the Makado. 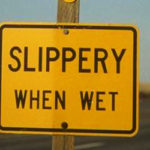 Make trouble & something good will happen

Success is about discarding, not amassing

Why it is NOT important to be happy

Doing it better so that you can escape