For legal reasons, Z is a novel

In this television interview, Jonar Nader explains why he wrote the novel Z, and why the cover says, ‘For legal reasons, this book is a novel.’ He was stopped and questioned at the airport on the way to the TV station in New Zealand. He was due to go on a range of New Zealand television programs. Unfortunately, that very day, New Zealand received its first major terrorist threat, with a potential release of the ‘foot and mouth’ disease. As a result, the nation was on high alert, and normal television programming was suspended, while the then Prime Minister, Mrs Helen Clark, took to the airwaves to quell the panic, which resulted in a range of countries cancelling their beef orders. Due to the book’s cover containing an electronic LCD display, Jonar did not carry a copy of the book. Doing so would have slowed him down at airports because the book, if scanned through the x-ray machines, would look like a ticking time-bomb. As a result of not having a book to show the authorities, his explanation of ‘being on tour to promote the book’, seemed suspicious. Why does an author not have a copy of his own book? ‘Because it would look like a bomb if scanned’.

Combining the words Jonar + Nader + Lebanese + book + bomb + terrorism, rang too many alarm bells. It was all a saga, on the way to the forum. Here is one of the interviews that Jonar managed, despite the many that were cancelled. In this interviews, you will notice Jonar being almost speechless in parts, because there was too much to say, in such a short time, on live television. Further below is a transcript of the video.

Host: This man is too young to write ‘How to Lose Friends and Infuriate People’. It’s a cheeky subject, isn’t it? That you wanted to read the book. I loved it to tell you the truth. And I’m quite happy to lose friends .

Jonar Nader: I have none left now.

Host: Well, I’ll be your friend. The one in Beirut, and I did actually ask Jonar how old he was because his latest addition to his repertoire of books, it’s quite a hefty little number, Jonar really to tell you the truth.

Host: Yes, and more so in knowledge and than write really. For legal reason, this book is a novel. That gets sort of all the red tape one would think because it reads like a truth.

Jonar Nader: Well, you know, it covers geopolitics, it covers technology, military strategy, intelligence, terrorism, and you’re bound to step on toes. And I just thought, if I put it in a form of a novel, then anyone who complains, I’ll just laugh it off and say, ‘Oh, it’s only a story.’

Host: And you don’t have to pay the legal fees. That’s why where it got exciting. Now, in New Zealand, we sort of put ourselves out there in terms of terrorism. We see it happening in other places. When September 11 happened, I think it really went and everybody is braying. Is that where it came from?

Jonar Nader: Well, if that is where it came from but for the opposite reason in fact because when September 11 happened, everyone said, ‘Oh dear, the world has changed.’ And that worries me because in fact, the world hasn’t changed. Nothing has changed. I mean, humans have not changed. Greed and corruption and stupidity, a time immemorial. The only thing now is that in the good old days, you needed an army to infiltrate someone else’s territory. Now, you can do it with just thoughts or in your windows or you could do it with portable devices. You don’t need 10,000 people. Interestingly though, when you talk about the world has changed, I saw just recently, there was a church in Australia where they were burying their dead and they went outside to do so and someone stole all then handbags that were left behind in the church.

Now, that’s a simple petty crime. But the amazing thing about it was, the pastor or the priest on camera said, ‘You know, that happened also to us three weeks ago.’ And I thought, it happened to you three weeks ago, you know. So, what changed now in it for us? So obviously, if something can happen to you three weeks ago and you don’t change your systems, what do you think will happen when the futurist time is so much more sophisticated?

Host: Okay. It happens to some extent here as well because when September 11 did happen and I don’t really want to focus a lot on September 11 because as you say, this is something that has been worldwide for a number of years now. But we found, you know, we found people at our airports, patrolling and more security measures and it’s being said now that we’re going to get bigger on security, but we sort of come a little bit lax again, you know. It’s like, well hang on, it’s been a couple of years ago now. Everything seems to be all right. We’ll just let it go. We shouldn’t think like that.

Jonar Nader: Well, I thought to myself, when you really think about it, September 11 was the simplest of anything. It was just an airplane, ploughing in to a building. That’s all it was really. So, I put my mind to the question, if you really want a doozie of a terrorist act, what would happen if we all put our minds together and thought of the worst act? And that’s what I said off to do with books to say, what would the worst possible terrorism be? Now people, when you ask them in the street, they will say, ‘Oh, bioterrorism or someone having a briefcase filled with some nuclear device.’

Jonar Nader: But again, that to me is very far from the truth. So, instead about to construct the worst possible act of terrorism but on the same time while doing that, I was trying to ask, can there ever be real peace because half of the world is in conflict, half of the world is at war. We have always been like this and it will always be like this. And I see it as a – I guess, a war on our destiny rather than a war on terror. I love this notion of we’re at – you know, we have a war on terror like we had a war on waste. We had a war on poverty. We had a war on, gosh, you know, every drugs.

Jonar Nader: And now, there’s – and I’m saying this is war on destiny. So, where would our destiny be when we improve nanotech, biotech, chemicaltech when now you don’t need armies to infiltrate borders?

Host: Have you find times have changed for you? I mean, you’re obviously a man of culture. You’ve come from Beirut. Do you find when you go through near those airports that you get looked upon as if to say, ‘Whoa, he looks a bit like a terrorist.’ Do you get that? Did you get looked at, your bag searched, do you get …?

Jonar Nader: Well, yes is the answer to that and I’m lucky to be seated here. I was stopped several times already before I even got here.

Host: So, if you and I were walking through together, you would be stopped but I would not I believe?

Jonar Nader: But I’m clean-shaven. I came into Christchurch …

Host: With a three-day beard, you will be done for.

Jonar Nader: I came into Christchurch this morning with a three-day unshaven and not dressed like this at all and I was questioned. And they said, ‘Why are you here?’ I said, ‘Touring about my book.’ ‘What’s the book about?’ I said, ‘About terrorism.’ So of course …

Jonar Nader: I know. The first thing they asked me was when did you do your research? Like what am I going to say? I went to some camp, did I? So anyway, that’s funny. I get stopped wherever I go. But it doesn’t faze me but I can see though …

Host: The world was changed with – and I speak to, you know, where you’re going and what …

Jonar Nader: Paranoia. Oh no, but I mean, anyone with half a brain can do anything they want to. That’s the issue. You know, if you really want to put your mind to it, you can do anything and that’s what scares me because people don’t understand that although we’ve tightened up, it’s much harder now to steal an airplane. Who is concocting the nanotech viruses that are coming out into the future?

Host: That’s your question. I will leave you with that one. The book is absolutely magnificent. If you read one thing this year, make it this. It’s called Zee. The reason why this is on the cover, it becomes apparent as you read through the book. There it is there. 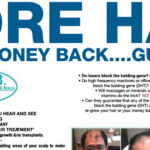 Are you safe from data theft & espionage?

Those who hesitate, will lose