The following are approximately the first 1000 words from Chapter 2 of Jonar Nader’s book,
How to Lose Friends and Infuriate People.

Light at the end of the tunnel:

Inspiration is not kind, but it can be good

There were twelve people at a camp site. Independently and in their own pot, each was boiling an egg for breakfast. On close observation, one could see that each and every camper had sprinkled salt in the pot of water. Each had a very good reason for using salt. The young camper said that salt was used to flavour the eggs. Through osmosis, the salt would seep through the shell to provide for a delicious breakfast. Two of the campers used salt to make the water boil at a hotter temperature. While the first did this to save time by having the eggs boil faster, the second was more concerned with conserving what little gas remained in the gas bottle.

An older camper said that salt was used for the purpose of lining the shell of the egg to make it stronger, and therefore would make it less susceptible to cracking. The Mediterranean woman by the river used salt to increase the density of the water — enabling the egg to float a little more, thereby raising it from the strong flames which would have cooked the egg unevenly. Her husband insisted that he did this for a different reason. He was more concerned with increasing the density of the water in order for the egg to float so that it would not violently hit the base of his pot. Each of the remaining six campers had yet another reason for using salt.

Isn’t it amazing that so many people could do the same thing — each for a different reason? Each camper was expecting a different result while unaware of the other benefits that the same action brought.

This chapter defines the framework for inspiration. However, definition is a two-edged sword. On the one hand, definition allows us to capture the essence of the qualities that comprise a complex phenomenon (such as inspiration, leadership, hope, or love) while, on the other hand, it can imprison, stifle, and entrap both the spirit of the subject itself and the spirit of the one who is trying to play with it. At the risk of the latter, here are the secrets of inspiration.

Inspiration is like salt. To some, inspiration leads to dedication. To others, it could result in determination, enthusiasm, or commitment. To a large number of people, inspiration leads to frustration while others become angry in its presence. In truth, inspiration can yield each and every one of these outcomes. However, each individual might not be aware of the multifaceted nature of inspiration. At best, some can derive goodness from it, and at worst, others can become bitter as it stirs them to destruction.

What most people do not realise is that inspiration resembles a little cheeky girl, her hair in a ponytail. She lives in her own little world and is oblivious to her surroundings. When you least expect it, she pops her head around the corner, throws a sticky-date pudding in your face and giggles in her loud soprano, ‘You can’t catch me.’

Inspiration does not exist

Inspiration emerges to tempt the astute. It springs up in the face of the intelligent. However, it is the same intelligence that, most often, overcalculates the situation to the point of destruction. Inspiration is not kind. It is not fair. It is not helpful. It plays at one’s conscience and torments the struggler. The whole purpose of inspiration is to remind the heavy-at-heart that hope exists. It emerges and disappears like a mirage. It hovers long enough to remind the weary that there is light at the end of the tunnel. Its wide eyes stare threateningly lest one weaken and lose sight of the importance of the task at hand.

Many people go in search of inspiration, and this is a mistake. Inspiration cannot be found because it does not exist. Inspiration is a carrier. It is the medium through which we receive gifts. However, as salt is to campers, its gifts are singular, even though their application can vary depending on the state of the receiver.

If we are predominantly stubborn then, when inspiration knocks, we are overwhelmed with a sense of determination.

If faith is what drives an individual, then inspiration (should it visit unexpectedly) yields enthusiasm.

When inspiration persists with the mature, it manifests in a severe dose of commitment.

The haphazard are frustrated by random sparks of inspiration because it reminds them of what is possible if they were to exercise discipline.

To those for whom injustice exists, inspiration delivers anger.

Inspiration is not contagious. It relies on your ability to see what no-one else can see. Each signal is coded for the receiver. Unlike a shooting star which is visible to all who look, inspiration is a one-on-one deal. If you miss it, you miss out. Catch it, and it will do to you what you expect it to. The more you expect of it, the more you will receive.

Best of all, if you know how to catch inspiration, you will be able to use it to recharge your soul. It can be your silent partner, and your source of energy. Unfortunately, no-one will ever see what you see. No-one will ever appreciate what life means to you. Inspiration cannot be shared. It cannot be recycled. What it does to you will be instant. No second chance. With this in mind, you must be at the ready; but herein lies the dilemma. Like love, inspiration will not go near the expectant.

Inspiration is not kind, but it can be good. 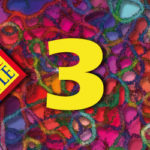 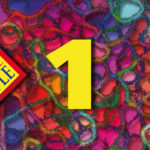