The following are approximately the first 1000 words from Chapter 6 of Jonar Nader’s book,
How to Lose Friends and Infuriate People.

The logic of creativity and the creativity of logic is a study I call ‘logictivity’. It is a term I’ve coined to describe a very complex discipline that requires a book all its own. However, in Chapter 10, ‘Leadership’, I mention that the single most important factor in leadership is creativity. Although this is true, it is important to touch on logictivity because those who wish to develop their leadership skills need to develop both their logic and their creativity — in equal doses and to equal proportions. Although both are powerful on their own, a lot of synergy can be created when both logic and creativity are used simultaneously. Synergy is the creation of a new substance. When logictivity is in play, it is altogether a different substance to its component parts.

A person who is 100 percent creative is only operating at a capacity of 50 percent. A person who is 100 percent logical is only half as effective as is otherwise possible. A person who boasts to be one and not the other does not realise the synergy that both can bring. It is like having a television without a signal, or signals without a television. Claiming to be supremely creative may seem to be a colourful way to describe oneself, but it admits to a supreme ignorance of logic. And vice versa. To one who knows better, such a display of ignorance is greeted with as much contempt as the notion that reading is superior to writing, as if it were true that reading and writing can be mutually exclusive!

Logic asks, ‘What if?’ Creativity asks, ‘Wouldn’t it be great if?’

Logic keeps your life on track, while creativity fuels it.

The creative proposition, ‘I can talk to you from anywhere in the world’, is acceptable because our logic is aware of how the telephone can make this proposition possible.

The creative proposition, ‘I can speak to millions of people at the same time’ is also acceptable to our logic because of our understanding of how television can be used.

What would happen to these creative propositions if our logic did not know about the telephone and the television? If we were untrained thinkers, we would come to a standstill — as many people do when confronted with such seemingly impossible propositions.

Logic and creativity are systems of learning. They are as important as learning to speak, or learning to walk. Some people possess very little creative or logical energy. Others tend to lean to one side or the other, while many boast to be one and not the other.

The important thing to realise about logic and creativity is that both skills can be acquired. This argument is about as true as the one that says that anyone can learn to ride a bicycle. The person who cannot yet ride a bicycle will not find it easy to learn, and might fall off several times during training. In the same way, a person learning the skills of logic and creativity might find it difficult at first, or might make mistakes that bruise emotionally, intellectually, or even physically.

Those who possess an over-abundance of creativity will find it just as difficult to learn about the structure of logic because people are not born ‘logical’ or ‘illogical’, nor are they born to be ‘creative’ or ‘uncreative’.

You will never learn to ride a bicycle until you first have the desire to do so. A decision to take action must then be made. Third, the determination to ride is necessary to see you through. These three attributes alone are insufficient to give you the skills to ride a bicycle. However, they will prepare you for your development. Cycling requires special muscles, special co-ordination, hours of training and practice, balance, an understanding of the road rules, and a place to ride from and to.

Learning to be logical or creative also requires the desire, decision, determination, and development. In the same way that a skill is never complete or whole, being logical or creative is a never-ending development. It is exciting that the more creative you become, the more you enjoy being creative; and the more logical you become, the more you enjoy being logical. But such enjoyment cannot reach a sustained level until the energy of both logic and creativity balance. That balance is what I call ‘logictivity’.

Remember that logic and creativity are extremes. The mind swings between them. On the one side, logic acts as the science of reasoning, processing everything in binary — meaning that something is either true or false, up or down, possible or impossible. Computers are powerful logic machines because they work using binary systems. Logic is our understanding of what is possible and what is impossible. It relies on previous knowledge (hindsight). Logic starts to work against creativity when we introduce fear, confusion, and irrationality.

On the other side, creativity is about creating, making, inventing, crystallising, and going beyond the status quo; it brings into being that which was not there. This applies to our thoughts, ideas, actions, behaviours, attitudes, and imagination. The limits to creativity are lack of vision, lack of foresight, lack of understanding (or an imperfect understanding), and lack of knowledge (or an imperfect knowledge). In addition, logic itself can be a barrier to creativity, just as creativity can be a barrier to logic!

Once you have developed both your logic and creativity, you can engage in logictivity — the ability to use both skills simultaneously (and at lightning speed) without having to be conscious of the rapid swing from one to the other. In fact, once you practise logictivity, you no longer need to swing from one to the other. A trapeze artist fights against gravity by swaying left and right. Eventually, a balance is found. Balance is calm, it does not fight against other forces. It is a new force. When you find the balance of logictivity, you also find a whole new thinking process.

At first, logictivity requires a conscious effort. This is like asking you to tap your head with your left hand while rubbing your stomach with your right hand. Many people find this difficult at first. If they are able to control this motion, they can eventually do it without any conscious effort. The same applies to people learning to play the piano. At first, they find it a challenge to use both hands simultaneously to play a different set of notes. After much practice, the desired dexterity is achieved. 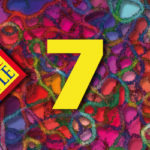 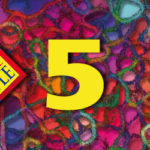