The following are approximately the first 1000 words from Chapter 3 of Jonar Nader’s book,
How to Lose Friends and Infuriate People.

No-one can motivate you. You cannot even motivate yourself — even though you have a motive for everything you choose (or choose not) to do, say, or feel.

Hope is the thing that vanishes moments before people commit suicide. Such people are unable to see what lies ahead, other than what is at hand. If what is at hand (the here and now) is displeasing or agonising, they choose to bow out because they do not like (or cannot cope with) the status quo. Alternatively, if they do happen to have a vision for what lies ahead, they are frightened or disgusted by it.

Many of us enter periods when the status quo is not to our liking, but the thing that keeps us going is either the belief that the chosen path will lead to a better life, or the hope that a new path will emerge in due course.

The other motivator is ‘escape’. It is something that we do for release, whether we are trying to release pressure or anxiety, or trying to suspend the status quo by entering a cocooned environment, even if for a brief moment. To some degree, life-threatening sports offer people an entry into another environment by forcing them to escape from the status quo. Sky-diving and the like offer a rush for several reasons, including the immediate and urgent shift in focus to the risk at hand.

Very often the thought of the task ahead is more exhausting than the task at hand. This situation is temporarily suspended when we engage in an activity that focuses the mind sharply on one thing. Some people can do this through meditation, social outings, gardening, or reading. Others try alcohol and drugs in search of an escape.

Finding an escape can be a good thing. Unfortunately, it is when an escape becomes your master that you realise there is no escape thereafter. For example, once alcoholism grips, it will never let go until you find a motive to beat it.

The motivation to kick a habit, or to write a book, or to take up painting, or to file for divorce, needs to come from within you. It cannot be given to you by another person. The best that others can do is offer an incentive, or bribe you, or intimidate you, or threaten you with something you fear or hold dear. These things are not motivation — they offer a ‘reason’ for action. Note also that there is a difference between ‘motivation’ and an ‘incentive’. The former must come from within while the latter comes from external elements.

To fear or not to fear

Fear plays a major role in life. It is unfortunate that people are easily motivated by it. Fear is a feeling that most societies consciously promote and develop in their members. Although fear is a good trigger that cautions us to examine our judgement before taking action, it needs to be balanced with courage. Sadly, courage is not something that society encourages.

When one quickly understands the taste of fear while unable to taste the glories of courage, the stronger force (in this case fear) will dominate. If the converse were true we would lean towards courageous decisions.

The healthy state is a balanced state wherein we work neither out of fear nor out of courage, but out of conviction. When a balanced person understands the consequences and still takes a course of action, that person is said to be acting with confidence. Confidence is fuelled by faith, and faith is fuelled by belief. Belief comes from knowledge, and knowledge comes not from logical calculations, but from emotional certainty. Emotional certainty comes from an unshakeable existence — where mind, body, and soul are fuelled by the spirit.

It can be argued that belief does not always come from knowledge. There might be times when belief seems to come irrationally and illogically. This is owing to the forces of a different kind of logic — such as the logic of love, or the logic of hate, or the logic of fear. However, such belief cannot fuel faith because it is not really ‘belief’. Belief must come from knowledge, therefore anything else that resembles belief might turn out to be an opinion, a desire, a suspicion, an idea, an expectation, or an assumption.

Most addicts acknowledge that their path will lead to destruction. Despite that knowledge, they lack the urgency to act because they do not see the damage taking place. For example, watching hair grow is tedious, and we would be unlikely to notice the microscopic growth. Similarly, the path to destruction is often as subtle. Because there is no evidence to show, it makes it impossible to reason with an addict. Furthermore, as one’s senses and health begin to deteriorate, even the willing can no longer wrestle with addiction. (It would be a different matter if every time addicts had cigarettes, they felt unbearable pain, akin to someone bashing their thumb with a hammer. The immediate consequence would discourage the act of smoking because the resulting pain would be immediate and unbearable.) 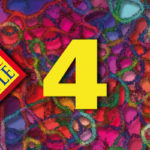 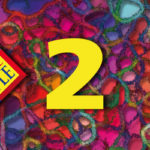