The following are approximately the first 1000 words from Chapter 9 of Jonar Nader’s book,
How to Lose Friends and Infuriate People.

What do you want to be when you blow up?

A teacher asked a student to explain the difference between the words ‘explosion’ and ‘collision’. The student said, ‘With a collision; there you are. With an explosion; where are you?’

Indeed, an explosion is something that seems to happen in an instant, and its path is difficult to follow. The lead-up to an explosion can take seconds or centuries. Eventually, the energy is expelled and something dramatic takes place.

It’s like watching a clown blow into a balloon. We wince and cringe, as the balloon gets larger and larger. It can pop at any moment. Maybe now. May be now. Any second it’s bound to burst. Surely it can’t carry any more air. So we squint our eyes and plug our ears in anticipation. We don’t want it to scare us, but we would like to see it explode just for fun. Bang! Ah, we knew it would happen. But darn it, we were caught by surprise.

Growing up has similar stages. Young people know that one day they will grow up. When they are young, it seems that being ‘a grown up’ is something that happens in another world and takes a lifetime to reach. So when they are asked that scary question, ‘What do you want to be when you grow up?’ one might as well be asking, ‘What do you want to be when you blow up?’ They know that it will happen, but not now. They don’t want it to happen yet. Not until they are ready.

This chapter is aimed at helping young readers to think carefully about their desire to engage in further studies. As a student of life, I endorse constant learning. However, I discourage students from attending college or university if they do not really know what knowledge they are seeking.

The purpose of this chapter is to ignite discussion between young people and their parents and teachers. You need not agree with my sentiments. However, I would have succeeded in my mission if you engage in soul-searching spirited debates about the merits of tertiary studies. Remember that a good discussion is not one where everyone merely argues about why they are right. To be effective, a discussion ought to force all the participants to explore foreign thoughts and unfamiliar territories. Do not seek to justify your beliefs to others, but to understand all the options that everyone is bringing to the table. You owe it to yourself to explore the terrain before you embark on a major journey — the journey of the rest of your life.

It is with the best of intentions that parents and teachers ask young people, ‘What do you want to be when you grow up?’ Sadly, they do not realise that this is a damaging question because it puts pressure on young people to ‘become’ something at a point in time. They expect a sudden transformation. They don’t quite know when they will grow up, until someone haunts them with a specific date, like, ‘It’s when you turn eighteen’.

When young people eventually fix a date in their head, such as their eighteenth or twenty-first birthday, the countdown clock begins. A terrifying distant time-bomb ticks away. This frightening countdown becomes the first of many, followed by going to university, getting a job, getting married, starting a family, buying a house, retiring, and dying.

We all know the uncomfortable feeling that lingers when we have an assignment due. We tend to procrastinate until the last minute. Then the pressure of the deadline makes us miserable as we toil the-night-before to complete what we could have worked on weeks ago. Any potential joy in preparing the assignment evaporates as we race against the clock to finish it. By this stage, we resolve that a pass-mark would be satisfactory because we cannot expect any more than that. In fact, a pass would be such a relief! We also resolve that we will start to work on future assignments the moment that they are given to us.

So it is with our careers. As young people, we tend to put off the challenge of deciding what we want to be when we grow up. There are many reasons why, as young people, we do not seem to grasp this challenge. First, the notion of growing up is distant. Second, procrastination becomes a habit, and deciding on one’s career seems to be something that can take a back seat while other teenage dramas are dealt with. Third, it is hard to aspire to ‘be’ something that we know little about. What does it mean to be a doctor or a fire-fighter?

When pressed for an answer, young people might say that they want to be a doctor because they want to help others. The older ones say that they aspire to this profession because it ‘pays’ better. In both cases, they set their sights, albeit dimly, on a profession that they know nothing about. How can we expect them to strive for a career that they cannot visualise (other than through erroneous fantasy or from what they see on television)?

If we really care about a young person’s life, we would never again ask that stupid question. Instead, we would ask, ‘How would you like to live as you are growing?’ We need to encourage young people to decide on a lifestyle and a set of values instead of forcing them to make a decision about a profession.

All too often, parents put pressure on their children to perform well at school. A form of brainwashing ensues as parents nag about the importance of studies. ‘But why do I have to go to school? I hate school,’ pleads the child. The loving parent responds by saying, ‘It’s important so that you can get the grades to go to university and study to become an accountant like your cousin. How else are you going to get a good job? It’s very competitive out there.’

Students are also influenced by their peers. They feel pressured to pass their exams to avoid embarrassment, or so that they can graduate with sufficient marks to join their mates at the same university. If they do not graduate, that’s the end of the road. They will be forced to split from their friends, and this could be a social disaster. 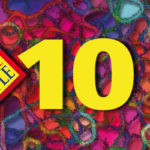 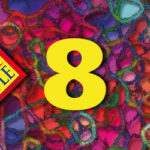