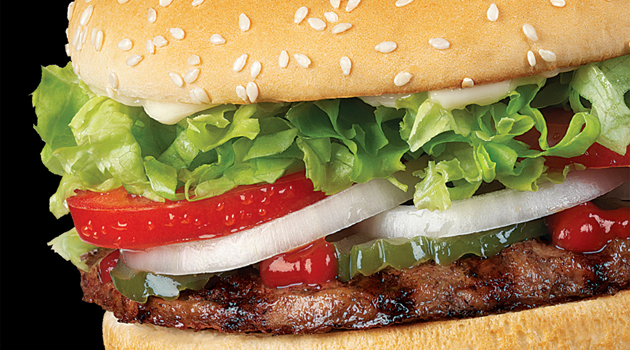 At Sydney airport, I noticed a billboard for Hungry Jack’s. I wondered what the ‘real’ burger would look like, considering my previous unpleasant experiences with McDonald’s. I was curious to learn more about the company whose slogan is, ‘The burgers are better at Hungry Jack’s’. The mission statement at the Australian website said: ‘To be the best Fast Food Hamburger Store in terms of customer satisfaction in product, service and individual store profitability’. The first marketing objective states: ‘To lift the perception of “quality” and “consistency” of HUNGRY JACK’S amongst the target group.’ 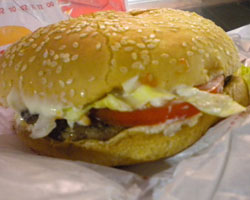 Maybe I am not the target group. I visited the Swanston Street store in the city of Melbourne, Australia. I ordered a Whopper, which should have looked like the yummy stack you see above. Alas, this is what I received. I did not touch the burger. I simply unwrapped it carefully. I neither squashed it nor squeezed it. It came as you see here. The company recognises that the current challenges include, ‘Maintaining and improving the quality of our products and services’. The company’s SWOT analysis mentions these as the first two weaknesses: 1) Operations not perceived to be superior to competition. 2) Perceived in the marketplace as No. 2 to McDonalds (ie. a follower not a leader).

Franchising is a tough game. It seems that brand owners want good operators to run the stores. When good operators make a fortune, they want more, so they figure that they should open a second or third store. Given their experience and cash-flow, they set about to expand their empire. The franchisor likes the idea. This increases the distribution. If the franchisee is denied additional stores, they might become bored or distracted by other ventures. And so it’s a catch-22 for everyone, and down the hill they slide, not noticing the poor quality that will eventually damage anyone associated with the brand.

Here’s the punch line: You cannot operate a retail business by entrusting the store and its reputation to a bunch of employees who don’t have the foggiest idea about customer service or product quality. How on earth can you run a franchise-chain on the basis that the franchisee is expected to care, when in fact, the owner farms-out the work to transient back-packers and students who don’t care about the business? This is as baffling as when regular retailers place their most junior and least-trained casual staff during the busiest trading periods such as Saturdays and late-night shopping days.

If you do not love hamburgers, don’t bother selling them or making them or preparing them. If you do not have pride in the craft of preparing and serving food, don’t enter the food game. Then again, I must be mistaken. It’s all about money, what!

In other words, get out of the kitchen.

P.S. At the Swanston Street store, I happened to be the only customer there at the time. While waiting for my order, I pulled out my digital camera to take a photo of the board overhead, but the staff member became agitated. He would not allow me to take the photo. Nor could he explain why. He was edging towards aggression. It’s amazing that journalists can take shots of celebrities in toilet cubicles, yet a tourist is threatened with police-action if shooting an illuminated poster of a hamburger. Perhaps he feared that I might take a photo of the kitchen. Did he not want me to snap the food-preparation area? It’s wide open anyway. The store is open to the public. What’s with all the modesty? I was not shooting any of his colleagues. I just aimed it at the sign. It’s not like I broke in to the top floor and spied into the ivory tower through the keyhole. This was a public place. There can’t be any corporate secrets behind that counter! Maybe there’s a new toaster that they don’t want McDonald’s to know about? His stern warning and frantic waving reminded me of when Basil Fawlty refused to allow two unmarried guests (albeit fiancés) to share a room. Basil said, ‘It’s got nothing to do with me… it’s the law’.

I did not break the law, even though there were no signs warning valued customers to holster the camera at all times. Mind you, how come he had ten cameras trained on me from the moment I neared his establishment? Why could he and his employer take video footage of me and my bald patch, yet I was not afforded the same power? I phoned his Regional Manager who would not take my word for it until the CCTV footage was reviewed. Then I insisted that if they do not allow photography, they should put a sign up. I shall head down to Melbourne soon. I’ll let you know if they have erected such signs. Anyway, I think I found a loophole. I crossed the road and taxed my zoom lens. My baby camera is not so great. Sorry about the fuzzy images. That’s the price of portability. One day I shall invest in a mother of a zoom lens, and catch him picking his nose. Watch out my good man.

UPDATE: I have since visited that store for a second time. The second experience was worse that the first. You can read it here. 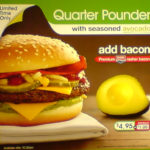 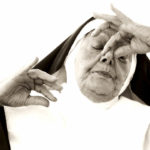