Jonar Nader is quoted as saying that corporations in Australia are not hungry-enough to innovate because they are complacent. Editor Brett Winterford of ‘IT News’ interviewed Jonar Nader about Jonar’s forthcoming lecture as the opening speaker at the CIO Strategy Summit on the Gold Coast in August. In his article, Brett writes about Jonar’s sentiments that the early adoption of the latest and greatest Information Technology is no longer a means of gaining competitive advantage.

Brett quotes Jonar saying, ‘If you are inefficient, technology will highlight that inefficiency on a bigger scale. If you have allowed staff to be rude to customers, your web-presence allows them be rude to more customers, 24 hours a day. It will amplify and broadcast it.’

To read the full article in ‘IT News’, click this link. The controversial story also highlights Jonar’s views about Chief Information Officers, their role, and their future as managers. 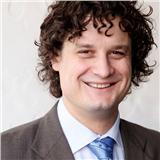 ‘IT News’ editor, Mr Brett Winterford, is described as one of Australia’s most prolific journalists. For over ten years, he has written about technology and its impact on business.

In 2004, Brett was awarded Business Journalist and Technology Journalist of the year. His other accolades include the IT-Journo Award and the Editor-of-the-Year at the ‘Bell’ Awards.

Brett’s dozens of articles in the business press include business, technology and management reviews in the ‘Australian Financial Review’, as well as ‘Management Today’ and ‘Charter’ magazine.

Brett has worked as the News Editor of ARN and has written for ‘MIS’, ‘CIO’, ‘Voice and Data’, ‘Technology and Business’, ‘Australian Personal Computer’ and ‘ZDNet’.

His expertise sees him focussing on enterprise software, cloud computing, and general IT services. 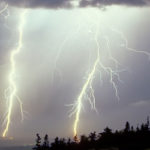 My father’s only advice 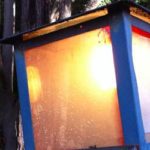