My father’s only advice

My father was promoted to glory this week. He died twice. The first time, his heart and breathing stopped for more than 20 minutes. Perhaps as long as 40 minutes. He was revived. Sadly, he was too weak to pull through. Heaven was calling. It was time.

During the funeral service, some family members took the podium to reflect on how he had impacted our life. My teenage niece gave a most eloquent speech. She cracked me up. I was giggling and laughing uncontrollably. She summed-up my father, using her dry wit and keen assessment. 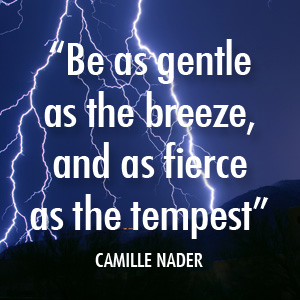 Then my eldest sister piped-up, and said, ‘I was waiting for a good moment to share what Dad had said to me a few months ago. He suggested that I not share this with you until I could be sure that you would be paying attention. I guess you are all attentive now, so let me tell you what Dad said.’

My sister, Dr Nader, who has more qualifications than anyone can possibly desire, added, ‘Some time ago, while Dad was congratulating me on my PhD, I said to him, “You have never tried to influence my career. You never told me what you would like me to do, or what you wanted me to be.” Dad replied, “My only advice is that you be as gentle as the breeze, and as fierce as the tempest”.’

My sister continued, ‘So I asked Dad if he had ever shared this advice with any of you, to which he replied that he had not. Why? “Because,” he said, “no-one had asked me”. Then Dad suggested that I relay this advice to you all, only when I can be sure that I have your complete attention.’

And there was my father’s advice to me. The only piece of advice he had ever given me. He was not one to interfere with my personal decisions. He gave me the freedom to do my best. He taught me many things. Some directly. Others, indirectly. Some on purpose. Others, inadvertently or by circumstance. My father never sat me down to share such things. At his funeral, with coffin in front, I was hearing Dad’s only piece of advice. We all knew exactly what he had meant by this pearl. He was the personification of that very gentle breeze and the dangerous tempest. No-one could be more gentle than he. No-one could be more feared.

The other gift he gave my sister was a clue. He said that in one of his rooms was a manuscript. Something he had written. So my sister was roaming the house, enlisting a search party, asking everyone to unearth Dad’s secret papers. After a few days and a long search, they were found. Two books! My father had written two books of philosophy, in the most perfect handwriting. They looked to be typeset — that’s how neatly he had inscribed his verses. Two full books, written on the quiet, filled with words of wisdom, with observations about life, and replete with advice for his children and grandchildren.

It was a joy to discover them. As a writer myself, I did not understand how he managed to write two volumes, without a computer. No errors. Nothing crossed out. No liquid paper. No change-of-mind. No cutting and pasting. No edits. Straight from his head to the page. Remarkable. All done in secret. That was an amazing gift to leave behind.

So now my new journey begins, to interpret my father’s work, and to dive (nay, free-fall) into my father’s mind. Dare I learn more about him in his death, than I had ever known during his life? 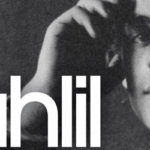 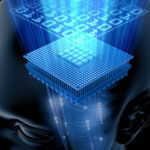