One of my telecommunications clients flew me to New Zealand to present a lecture about innovation. Upon my arrival, I walked-in on a group exercise, and this is what I saw. The delegates seemed to be enjoying themselves. I never managed to find out why everyone had to carry their own chair. Then again, I was never much good at group exercises. I always took the instructions too seriously. I guess I take a lot of things seriously. Thinking back on my corporate days, I was fortunate enough to attend many conferences. Most of the time I felt lost. I just could not understand what we were supposed to be doing. The employer would have gone to great expense to invite all sorts of experts. It’s just that, to this day, I really do not understand what walking on red-hot coals does for teamwork and self-esteem. It all seems daft to me. I am told that it helps people to overcome fear. I have thought about it long and hard, and I still do not understand. Nonetheless, the delegates seem to enjoy the novelty. None of them seems to read the fine-print in the disclaimer. That ought to be a lesson in itself.

When it all becomes too difficult to justify, I am told that it’s great for teamwork. Yet again, rope climbing and being blind-folded and falling backwards into the arms of distant colleagues doesn’t do much for me. Nor does building a skyscraper out of paper cups. Oh, I know all about the intended psychology, but it doesn’t tantalise me. The only emotion it evokes is one of intellectual embarrassment. As a trainer, I do use exercises in my lessons, but I only do this when it is vital, relevant, and poignant for each and every participant; not just for the team leader who grabs the pens and the butcher’s paper (pick a leader and report back in five minutes… and solve the world’s problems in ten…). Perhaps that explains why I am self-unemployed.

I have had some funny moments in my time, made funnier and riskier by my sense of humour that gets me into fits of laughter that are, at times, wickedly inappropriate. When I get the giggles, I corpse (corpseing is an expression used in theatre and television to describe actors who just cannot stop laughing, resulting in a five-second scene taking five hours to shoot).

Here are three of the many times when I have corpsed.

1) I was at a function where the room was long and narrow. Actually, it was super-long and super-narrow. A bit ridiculous really. I was near the back for this corporate luncheon. The presenter was using a data projector that was three feet (almost a metre) away from the screen. This meant that the image on the screen was no larger than two hand-spans. It looked something like this:

The executive was from a leading IT company, so we expected him to have known better. He kept looking at the screen and referring to complex diagrams that no-one could see. I was amazed that he did not twig to it. My colleague was sitting at my table, and he knew what I was thinking. Mischievously, he gave me ‘the knowing look’ that set me off on a breathless fit that required me to leave the room, gasping for air, and unable to stand up. Some people might have presumed that I was choking on the lunch.

2) At another time, a different colleague and I had travelled to New York for a meeting. One of the presenters was a highly-qualified researcher who likes her name to be prefixed with Doctor. She arrived holding a thick folder containing overhead slides. We became worried about how she was going to stick to time. In the end, she reported that her multimillion dollar research had produced an outcome. The great revelation was that, according to her newly-discovered insights, people want computers that are good, reliable, and affordable. Once again, this colleague of mine had by now sussed out my proclivities and my reactions to certain illogicalities, and he knew that I would have been dumbfounded that we would have spent all this money to find this out. In his own way, he gave me the knowing look, and I burst out laughing. It was the heartiest, spasm-style of laughter that could easily burst a blood vessel. Again, I could not stop. I had to leave the room. I just could not help it. The Doctor was offended. What could I have said?

3) I can tell you about another occasion (from a long list) when we were at the Blue Mountains, at Leura’s Fairmont Resort. There were over 700 people attending a conference in the Grand Ballroom. One night, during dinner, the guest presenter was the late Mr René Rivkin. He took a casual chit-chat approach to his lecture, speaking about booms and busts and the share market’s highs and lows. His advice was to buy when it’s low, and sell when it’s high. Throughout the night he kept name-dropping. He must have mentioned the late Mr Kerry Packer fifty times, telling us about the times he spent his weekend on Mr Packer’s farm, shooting kangaroos. After a while, it seemed like the only words coming out of Mr Rivkin’s mouth were ‘Kerry and I’ and ‘shooting kangaroos’. Luckily, I was able to escape before making a spectacle of myself. I just found it all too funny. Now keep this story in mind while I explain that, earlier that day, there was a range of international senior presenters who had flown-in to speak about complex technologies. Each of them used computer slides (such as PowerPoint) that were excruciatingly over-stacked with the smallest of text, using hideous colours such as white text on yellow. The room was 39 meters long, completely packed to the point of standing-room only. This time, each presenter knew that the slides could not be read by most of the attendees. The text was way too small for any occasion. Some slides had thirty small graphs on them. 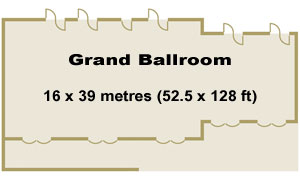 Each and every speaker would refer to the slides and say, apologetically, ‘You probably can’t see this, but…’. It became a running insult to the audience because the speakers referenced the slides, so it was mandatory that we should see them. Only those in the front few rows might have had any hope of understanding the presentation. No-one said anything, but people were annoyed that they could not follow the presentations. The graphs were straight from a spreadsheet, with text hardly suitable for a printed report, let alone a room of 700 people.

So, with these two events (Mr Rivkin’s name-dropping and the ‘You probably can’t see this but…’) and the fact that I was the opening speaker the next morning, I prepared a slide that night after dinner. It was the busiest fanciest slide with which my software could cope. It had hundreds of elements that animated, including arrows, graphs, and text.

With a dead-pan dry delivery, I commenced with this busy slide. It was so ridiculous, that the delegates were about to protest. They had endured enough of this, and were not going to enter a new day of boredom and agony. I could feel that the air was charged with the sound of 700 people sighing in disbelief. As the slide started to fill the screen, I spoke a load of hogwash to match. Then I interrupted myself. With my own version of ‘the knowing look’ that I, as a presenter, use as a tool on stage, I said in a droll tone, ‘Oh, you probably can’t see this but…’. The entire room burst into a spontaneous laughter of relief. It was one of the longest spans of laughter that I had ever had from audience members who were tired from a long night (most were up all night drinking and partying).

Then, as happens from time to time, a presenter gets an inspiration. Mine came at the perfect split-second just as the room was about to quieten down. I said, ‘I’m sorry that the slide is so bad. You see, I did not have time to work on it because Kerry and I were shooting kangaroos.’ There was no need for another word. Instant rapturous applause, whistles, and cheers. They were not applauding me, but protesting loudly at what they had to suffer the previous day.

The audience was awake. They were ready. And off we went on a journey where almost every gesture of mine received hearty laughter. Everyone had permission to enjoy themselves, and it was a blast.

By the way, this story illustrates why I rarely allow clients to film my sessions and distribute the video to the rest of the company. Anyone who was not there, would watch the video of me saying those few words, and would conclude that the whole thing is not so funny, because they would have lacked the context. How I present to an audience, is vastly different from how I present to camera. 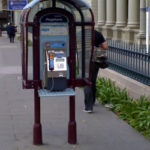 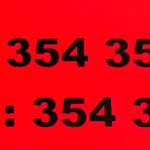