When people give me instructions, and they say, ‘You can’t miss it’, I tend to worry, because in the past, I had missed it. In the photo above, we see a public telephone booth, right in the middle of the footpath outside St Vincent’s Hospital in Sydney; a hospital that has been serving the community for more than 153 years, long before the telephone was around. Indeed, if you were looking for a phone, you would not miss it. Why would anyone position a phone in such a location that is frequented by thousands of people each day? That footpath is one of the busiest in the area. In fact, apart from Oxford Street at one end, and William Street at the other, this would be the busiest thoroughfare, comprising hospital staff, students, and visitors. Those walking with friends (or patients taking a walk in the fresh air) would have to negotiate around this ‘Monument to Inexplicable Decision-Making’.

Eventually, after a very long time, someone realised that it was a daft place for a public phone. A case of it being a tad too public. So they removed it. You can see the patch of concrete on the footpath.

The big question remained, ‘Where can I find a public phone?’ The answer was still, ‘You can’t miss it!’ Just walk ten paces up the the street, and there you have it, in its former imposing glory, obstructing the pedestrians. This time, there are two phones, encased in an even larger structure, which makes me think that they only moved it because the new fixture would not have fit in its old location. It had nothing to do with realising that it was in a stupid location. How many people does it take to reposition a phone booth? Is this the work of a committee, or the local council, or the Telco? I really am curious. Please explain. 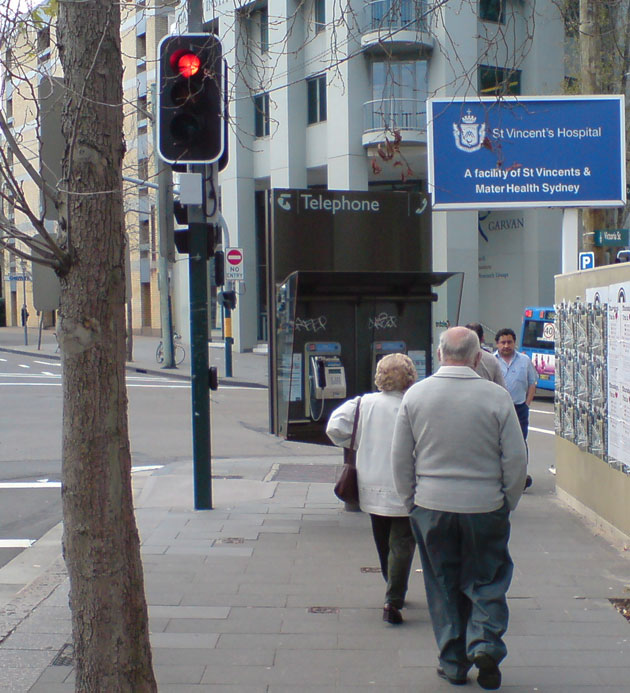 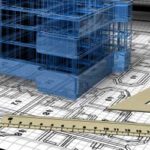 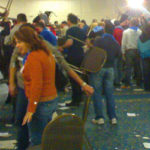