It’s hard to believe that anyone could not care about their job to such a degree that they would be a party to stupid decisions. Sadly, I not only believe it, I also expect it. This is what you get when the ‘them and us’ syndrome kicks in. Each is paid to do a job, and that’s the limit of any intellectual engagement. Here is a gallery of trophies of madness. In the photo below, I wonder which came first, the large power pole, or the new 50 sign? Is this a case of following instructions to the letter. Did the town engineer stipulate that the speed sign must be positioned 32.2837 cm from the edge of the street. Wow, just as well it was not 32.2838, or that power pole might have been knocked down. The inset photo shows what a driver would see. I am sure that would make for a good defence if anyone is caught speeding. Mind you, in Sydney, no matter what the courts rule, the RTA (Roads and Traffic Authority) will not budge on points lost. It seems that the RTA is above the courts. That is for another day and another story of sheer madness. 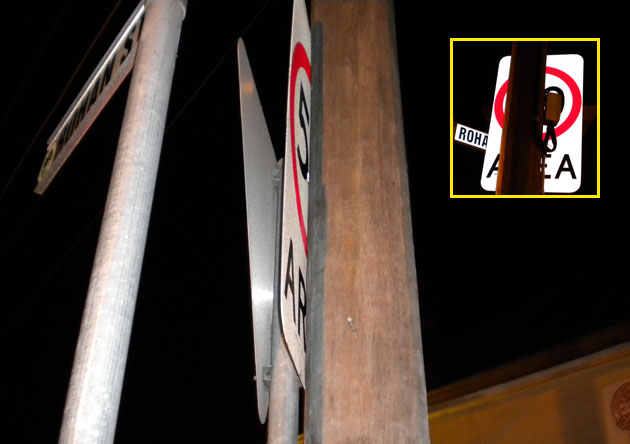 Here we see a sign, obscured by a larger sign. Is this a case of bullying? Does size denote priority? 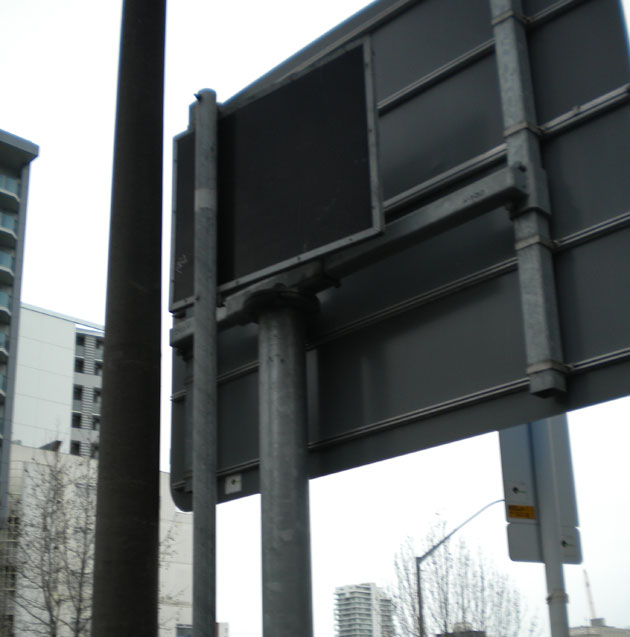 Why must a cyclist or a motorist be told, in five meter intervals, that they are in the presence of a bicycle lane? And why can’t the signs be attached to existing poles? 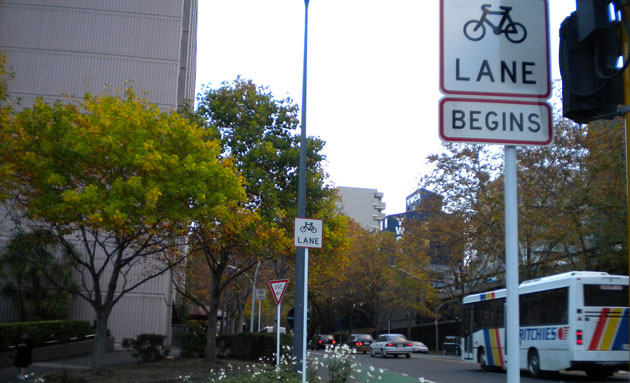 These signs could not be shared for some reason or other. That leaves a gap in the middle. Is this no-mans’ land?

Below we see a series of signs that have encroached on a walkway to form an arch. This is the Kings Cross area, a place notorious for drunken behaviour. Someone is bound to hurt themselves. Will we soon need a sign to say, ‘Beware of signs’? 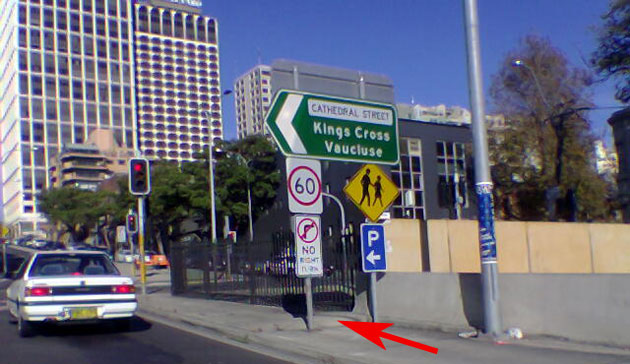 For other similar observations, click on the links below: 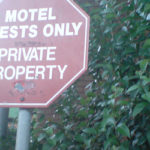 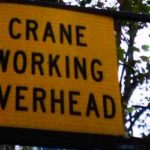