Jonar Nader returns from a technology tour of Singapore, Japan, and the USA and speaks about technology and anti-matter. To listen to an excerpt from the radio broadcast, please click on the green play button below.
[audio:C_Anti_matter_defined_Kevin_Norton.mp3]

Host: Once again Jonar you’ve had a big week of travelling, Singapore, and the United States of America, how was your trip?

Jonar Nader: Yes, in fact, I went to Japan and Chicago, and so many other places, I can’t remember. I kept asking people, ‘What is the time here?’ I don’t change my watch. I keep it on Sydney time. But it is interesting how in other countries you have to be careful. When I was doing some modem work from overseas the electronic operator would say now ‘press sharp’. I had never heard that before, I had heard ‘pound’ which confused me for a few weeks once – that means ‘hash’, the hash button on the telephone. In some countries it is called the POUND in other countries it is called the HASH.

Host: So what is the sharp button?

Jonar Nader: Well it is the same thing. The sharp symbol n music is what some people call hash or pound. It’s very confusing. Overseas almost nobody has a telephone number anymore. It is always call 1800 Hilton, call 1800 AT&T. HELP!

Host: So you have the freecall prefix and then the name because you can alphabetically dial.

Jonar Nader: Yes, except if you are a foreigner, like me, and you have an Australian phone. The alphabet on my phone is different to the alphabet on their phone. So can’t call all places so easily.

Host: Now of course as you would normally do, you delve into the world of information technology what’s the big news.

Jonar Nader: The big new now is somewhat under wraps because anybody who talks about it is considered looney but still I enjoy reading white papers from 500 years ago and 100 years ago when you talk about the white paper, before the telephone was introduced, how crazy was the suggestion then, before air travel was introduced. Now we are at the same stage, where white papers are being introduced, and people think it’s crazy. For example, the notion of anti-matter. We know matter to be something we deal with everyday. Anti-matter is identical to matter except that it is reversed so that you have electrical charges in reverse. An electron which is normally negative all of sudden becomes positive and the theory is that anti-matter, when it collides with matter, annihilates itself. That produces combustion and the combustion produces energy. So wouldn’t be great if we could produce anti-matter to produce power! It would be the form of power that would drive the Star Trek Spaceship Enterprise into the universe. We are not sure what effects that has on gravity. Some scientists have been able to develop anti-matter for hydrogen, which is one of the most abundant things we have on earth. It doesn’t live for very long, less than nano seconds, so they can’t really study it, but if we look forward 100 years, it is possible. Some scientists suggest that the anti-matter required to drive a normal car at the speeds and controls of a Start Trek would require all the fossil fuels on earth. Well they’re interesting games of mathematics so we will see what happens with that. They’re some of the things being talked about.

Host: I feel equally as confident as you about things moving that way. I recall and uncle telling some other uncles of mine back in about 1962 that colour television would be introduced before the turn of the century and he was laughed at, because the concept was too technologically difficult, he was told. Now they come in matchbox sizes so that would have been even more bizarre. 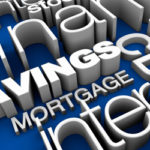 Where exactly is cyberspace?

Why invest in space exploration?