At primary school I was called all sorts of names (good and bad). One of them was ‘The walking dictionary’. It is hilarious and curious that by high school, I was called ‘The walking encyclopaedia’. There was no connection between the two nicknames. Students used to come to me to resolve disputes about scientific facts or about the English language. ‘Let’s ask Jonar’, was often the last resort in an argument. English was my third language. There was a time when I could not understand a word of it, and I felt terribly lost. I imagined it to be almost as uncomfortable as deafness; seeing people talk at me, and not being able to understand a single word. Anyway, that led me to appreciate the value of dictionaries, and to this day, I delight in reading them. One can learn so much about history and society when browsing through dictionaries. I enjoy foreign dictionaries, as well as very old ones that give clues about social structures. The process of language is fascinating beyond words. I guess it is no wonder I became a lexicographer — it was a natural progression. Hence, my own publication called ‘Prentice Hall’s Illustrated Dictionary of Computing’ which went around the world to a third edition.

Every few years I discard boxes full of books. I purchase many, but I rarely hang on to them. My collection is small. The only books I keep are my favourites, or those I treasure for sentimental reasons, and those given to me as gifts, or by fellow authors.

I must admit that I do judge a book by its cover. Of course it is unfair to do so. However, the attention-to-detail that an author and publisher give to a book’s production, including its colour, layout, and paper, all reveal a great deal about the respect they have for their work, and for their readers. It is for that reason that all my books are meticulously designed. I recall a meeting with a production manager at Prentice Hall who looked up and said, ‘Gosh, never before have we spent so much time debating where the folios [page numbers] ought to go.’ That was both a complaint and a compliment to the level of attention that I insist on when publishing or producing material. Apart from taking pride in my work, it is also a mark of respect for my readers who deserve to be treated to a quality product both in content and in production. 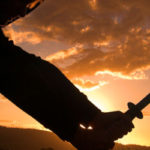