Jonar Nader speaks about the world of digits and he explains the meaning of the term ‘disintermediation’.

Jonar Nader: Other things are happening in the world of digits so that information is also in digits. Let’s look at three things, he content, context and the infrastructure. If you look at a major newspaper in the world, they have those three things. The infrastructure is huge printing presses, photographers, journalists and everybody out in the field making the thing work. That’s the foundation, the infrastructure of a newspaper. Then up the ladder, we have context, meaning the medium, how does it come to you? It comes on paper. Glossy or otherwise, it is the way it comes to you. And then the content, which is really what we are concerned about; a newspaper’s main objective is content. Well, now in the future, organisations will have to disintegrate and decide where they want to play, they can’t play in all three. So you will have experts in the field of infrastructure, where they don’t worry about the content, they just do the infrastructure, and we see that with the telecommunications companies. For example telcos don’t care about what comes through the phone line so much, they actually only sell you the phone line. ABC and people like that only care about the content. They have freelance journalists out there.

Jonar Nader: It is interesting that you use the word change and I think it is change, not obliterate. Now, when calculators first came into being, they were huge clunky things. Accountants were worried that their jobs would be out, and there were strikes back then. And when typewriters came in, all sorts of people worried about their jobs too, and true, it does do away with some jobs. Before I go into the world of digits and what jobs that will get rid of, let’s first notice although we have lost a lot of jobs on the productions lines, in dangerous places and in office environments, other new jobs have been created. The police now have computer crime units, which never existed and no one would have thought that you would have a whole police force around the world including CERN the computer emergency response units around the world coping with computer crime, a whole new industry. Doctors and lawyers have a whole new branch called ergonomics and IT specialisation in law and health. So new jobs are being created. So what’s going to happen in the world of digits, is that first you have to have what is called disintermediation. Disintermediation takes place when somebody is not doing their job as quickly as somebody else can do it. Like, gas use to come in a bottle and the person who used to deliver the bottle has been disintermediated because the gas can come straight to your home.

Jonar Nader: Yes, disintermediation is, and your objective as a business person is to re-intermediate yourself and find out what ways you can create a new virtual value so that there is value in what you are offering. Take for example the people who cut your ticket to send you overseas, a travel agent. They can very well be disintermediated if you can buy your own ticket from the airline.

Host: Which is a possibility. 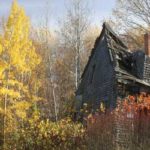 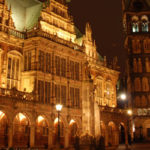 What era are we in?