Jonar Nader predicted for years that HDTV will be introduced. Now he speaks about computer screens that we can roll up and put in our pocket.

Jonar Nader: Marketing people can do virtually what they like. Take for example a TV show like neighbours. That used to be on one TV station and failed. Well it failed because the marketing team didn’t work properly, then they swapped stations and they all said “you’re crazy, why are you taking a flop of a TV show?” and it became a world wide hit. Similarly with technology like HDTV, none of your friends have one or mine have one , but lots of money has been spend on HDTV and I can tell you they are not going to let go of it, they are going to pursue with it until it works, because too much money has gone down the drain for that. So whether we like it or not we will have HDTV. Whether they change its name or otherwise, it will still be there.

Host: So what about the new polymer glass computer screens that you can fold up into your pocket. Are we also going to have that marketed effectively and efficiently and we will then have something to rival the paper back?

Jonar Nader: That is a good one actually. IBM is currently working on this technology. The idea in the past was to improve the resolution because the screen that you look at can really wreck your eyes and it is so hard to read, and pen and paper is so much better. So why don’t we create a pen and paper look on a screen, and the 14, 15, 17 and 21 inch screens, the bigger you go, the more likely it is to implode, because there is a vacuum inside a tube, it is called a cafada rae tube, and if that tube gets any bigger the air pressure inside and outside is far too great. So what they thought was, rather then make it bigger we will make it smaller so they created this polymer plastic device, and initially they were thinking of folding it, because it is like a glass or liquid crystal display. Now, just like we carry mobile phones on our belt, it is possible that we will carry this rolled up device on our belt. Is it Robin Hood that carried a rolled up thing on his back? So it is possible too.

Host: It had arrows in it.

Jonar Nader: Yes, that is right. These things are all possible but you will find that it will take 10 years to finish prototype and go into something decent. And you can not have something going on for 10 years because the world will surpass you. And that is why at the moment, you find the technologies that do work well are those that are developed in collaboration with, for example, they used to fight in the olden days about whether it was BETA or VHS. BETA was the better technology, we all knew that, but VHS won over its marketing mix and the dollars that it had thrown at it. And similarly, we had new DA-Tapes, and they didn’t take off so well. We have had better technology then CD-Rom for years, but nobody wanted to push it because too much money has gone down the drain on that one and we want to get our money’s worth before we tell people “hey you know that music we have been listening to is not very good music at all because we can give you something ten times better” and same with this polymer device, by the time it is don’t there will be something so much better that unless IBM works in collaboration with Toshiba and Fujitsu and all the major brands they will out do it, and that is the shame of it. Furthermore, take the Newton device. Remember the Newton from Apple? Hand held device, personal digital assistant. I say I have a personal analogue assistant, which is a human being, you know my PAA instead of my PDA. This DPA is a fantastic product, and in itself is perfect, but what do you plug into it, so as a hardware company, you have to convince the software companies to produce a product for you. It is a bit like if I produce the world’s best car but I can’t get Dunlop to produce tyres for me, it is useless. So hardware and software companies have to collaborate. But they are at such log ahead at the moment, they are just killing each other in wall street that there is very little collaboration, so the end used, you and I have to suffer with what we are given. 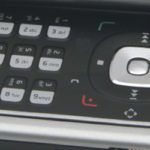 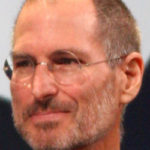