Pilots ask passengers to turn off their electronic devices, including mobile phones. How serious is the problem? Jonar reports from New York about the paranoia of pilots.

Host: Speaking of airlines they do tell you to turn off your mobile phone, laptop, computer, all that sort of thing, is there genuine concern to what that can do to an aircrafts navigational equipment, or is it all a bit of a furfy?

Jonar Nader: Half and half, there have been some very serious cases where the pilot has experienced some magnificent changes and shifts very dramatically in his instrumentation and they have broadcast “can you please turn you laptops and phones off” but there is a huge baseball match coming up, it is a bit like the Melbourne Cup or the cricket and the pilot would have to say “would you please turn the stuff off or I will come and confiscate it” so everyone turns it off and then three minutes later someone thinks that one phone won’t hurt so he turns on his little device and the pilot said this is very serious stuff. So games machines, laptops, headsets and mobile phones are interfering in all sorts of ways, I mean nothing super major, in the sense that all else fails you can fly by sight but if it is very foggy and if he is relying on computer instrumentation to land then you could be 10%-15% off wherever you are going.

Host: That could put you into a different country probably.

Jonar Nader: Well yes, and furthermore, smoke detectors in lavatories in airplanes that keep threatening “Do not smoke in the lavatory” well then I might soon have a mobile phone detector in the lavatory or something like that. 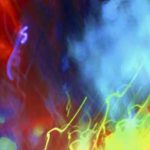 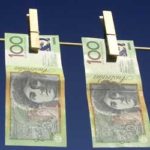