The legal fraternity now has a precedent, thanks to a court that has fined a music pirate one million dollars.

Host: In other news, music pirates over the web have been fined $1 000 000 for pirating popular songs. What sort of message is this sending to pirates do you think? Don’t do it?

Jonar Nader: Well as you know, people copy tapes and CD’s and give them to their friends, and that’s only a one on one, but some people do it by the hundreds, and the artists are saying that is not fair. And you can see this with books, sometimes you can see books on shelves where the author doesn’t get anything. And there is this group on the web where they actually used to sell or give away books. There is a new rule now that applies to everybody on the web and is hopefully being adopted worldwide that states even if you are giving something away, it is still the same as selling it, so to avoid the notion of “well I didn’t profit from it” so profit is not necessarily the motive. So the $1 000 000 doesn’t have to be paid because they know this is ludicrous because these people can’t afford it, but they have just done it for the legal precedent or you would pay us if you do this again. So it is hanging over their head, like a bond of some kind, it is a strong signal, because the web does enable people to do so much more, more quickly and on a broader scale. 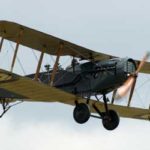 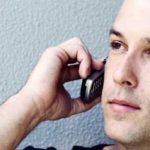