Blown away at the Grand Hyatt

The Grand Hyatt Melbourne spent $45 million on renovations. Yet it seems that it cannot spend $45 on a new hair dryer that is potentially lethal. I have stayed at this 457-room hotel over decades. I know it inside out. The hair dryer in the gymnasium change room has no front cover, which means that the heating element is exposed. If an electrician is reading this, I would appreciate being corrected if I am wrong. I always understood that we must never stick metal objects, such as knives and forks, into toasters because the heating element is live electrical wire which could electrocute. I also understood that hair dryers are very much like toasters. This hair dryer has been like this for over two years. I had pointed it out to one of the well-dressed men in black who work at the hotel. I even showed it to him and explained the danger. Evidently, he has done nothing about it. It is also obvious that the hotel does not conduct proper OH&S (occupational health and safety) reviews.

One of these days, a guest could be electrocuted if any metal object touches the dryer. This could be an item of jewellery around the wrist, around one’s neck, or hair pins and such like, not to mention a raw finger! What if a child, while using the hair dryer, drops something inside the large opening and sticks a finger thinking that it can be retrieved carefully. I suspect that one little touch of that element could be fatal.

For this reason, over the past two years, I have taken dozens of photos, and I have told a staff member each time. And still, no one has done anything about it. Pray tell, why don’t people recognise a clear and present danger? What kind of apathy exists throughout an organisation?

I love it how organisations boast about their service to such a degree that they begin to believe their own words. I happened to be staying at that hotel during the noisy renovations, and one evening, the hotel had held its staff annual party in the ballroom. Staff in formal dress and black ties were greeting each other as they made their way to the annual event where no doubt the CEO was the host. I really felt like crashing that party to make myself known to the CEO. The urge was strong because at that time, the hotel’s reception was moved downstairs (while the upper level reception area was being refurbished). The young man at reception could well have been Basil Fawlty’s protégé, and as rude as they come. It jarred with me that such a grand hotel with a huge budget for new carpets and lights, can have such a well-dressed lout (at the front line) who was the type of employee I would have sacked on the spot. Yet, all around us that evening were staff members clutching awards and congratulating each other. Sure, I know that it’s the ‘one bad apple syndrome’, and that not all staff are like that. But it was ironic that it all happened simultaneously.

This article is not only about a dangerous dryer, but about a management attitude. If you really want to work out how robust your staff members are, please hold-off on awarding end-of-year awards to the best-this and the most-that, and place a clear and present danger in their midst and wait and see who cares enough to do anything about it. If a lethal weapon in the wet area of the hotel, that has been pointed out so many times by me, does not spark anyone to care enough to do anything about it, then pray tell, what else is being neglected? What other invisible, intangible aspects of the hotel and its management are being neglected? What is going on in your organisation that stays under the radar?

Equally intriguing is why other guests of the hotel do not speak up? Maybe they have.

The holster into which the dryer is supposed to be neatly stored could pose another sort of problem. As you can see, it is screwed into place. What if that metal screw becomes loose and is raised a little? Or what if someone drops a small metallic item (like some hair pins) into the cup-like holster, and a guest places the dryer into the holster while the dryer is still turned on? If the guest is not served up by some wattage, they could trip a safety switch (if there is one) and cause a blackout for the hotel. We then have to hope that the back-up generator kicks in, or we would have hundreds of people in the dark, trapped in lifts, or evacuated in the middle of a fancy celebration. 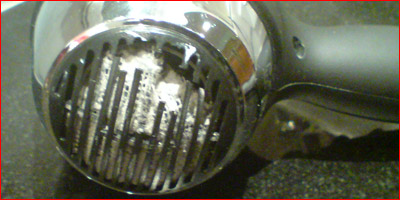 Incidentally, there are two dryers. The one on the right is damaged from the back end. The dust and flint is clogging the inlet vent. The cover is broken. So let’s see how many years it will take before anyone notices that this is a slow build-up to another type of danger.

By the way, Fitness First at Carindale (Brisbane, Australia) has a range of safety issues. I pointed out some of them, and I was pleased to see that they listened. I am yet to re-inspect their hair dryer which, in my opnion, falls in the same category the one at the Hyatt. As you can see in the photo below, one of the dryers could well electrocute a gym member. I dare say that Fitness First at Carindale has huge traffic. Perhaps a thousand times more than the Hyatt. The risks there are heightened. I shall write an article about some of their safety issues shortly.

Newspapers around the world 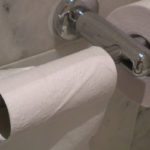 Park at your own risk of death

Danger at a high school