At first glance, people assume that two toilet rolls are better than one because it provides a back-up for the user. This is a case of ‘two birds with one stone’. In fact, the idea behind the two-rolls is more clever than at first glance.

The implementation of the two-rolls is really about economy, more so than about convenience! Hotel bathrooms, especially at five-star establishments, need to appear un-lived-in. A guest arrives, and they need to feel that no stranger had used the toilet or slept in that bed. The bedroom must give off an air of newness and privacy. Besides, if you think about it for too long, you start to dislike the idea of sleeping in a bed that, only the night before, might have entertained a midnight drunken orgy. The same horrid thoughts at restaurants: that spoon in your mouth was, moments earlier, in some other person’s messy bacteria-ridden cake-hole. As for the bathroom, yuk. So, housekeeping must remove all signs of anyone having been there. For this reason, partially-used toilet rolls are replaced by new ones. And to prove that no-one had used that new roll, the staff are trained to crease the end so that it forms a neat triangle. Some hotels use a round sticker to make it all look up-market (I am waiting for the day when designer rolls arrive, embossed with Gucci or Prada, and scented by the said brand. In the tradition of Chanel Number 5, we might see the Number 2 range of toilet accessories — all environmentally friendly).

By the way, when I worked at Compaq Computer Corporation all those years ago, the question of toilet rolls was the talk of the town. Our landlord was one of the high-society types who appeared in the paper whenever she travelled overseas to purchase a $10,000 dress from the catwalks of Milan and Paris, or when she and her husband took possession of their new Rolls Royce. I had a great relationship with them, and so I learned a lot about their story and their philosophy (they were war migrants who started with nothing). The husband-and-wife team amassed untold wealth, but they were superbly frugal. So much so that the toilets in our building contained used toilet rolls. The landlord had an arrangement with local hotels to purchase from them the half-rolls that they would otherwise have thrown out. This meant that we never, ever, saw a full roll in any of the washrooms. Anyway, I digress.

Back to the five-star hotels. Guests enter a room that affords them a full roll. However, if the guest stays for several days, the rolls dwindle each day. Traditionally, every morning, a new roll would replace the partially-used ones because guests would not appreciate running out. For some strange reason, hotels do not like to leave a stash of spare rolls in the linen cupboard. They provide shoe polish, sewing kits, shoe horns, bathrobes, moisturisers, tooth brushes, and a host of nick-nacks, whisky, beer, but never spare rolls of paper (there are reasons, but I hesitate to digress yet again). It was therefore agreed that, in the interest of saving money, the maintenance engineers would refit the dispensers so that two rolls can be placed side by side. Each guest arrives to two new rolls, and as one is used, it is not replaced until it is completely used up. Now do you see the clever thinking here? By changing the dispensing system, hotels saved a lot of money. Over time, guests became used to seeing one full roll and one diminished roll. So much so that five-star hotels no longer bother with the ‘never used’ policy. It’s now first in, best dressed, and bathrooms now, upon check-in, contain partially used rolls, and people don’t complain much because at worst, they have one-and-a-bit rolls. Who’s going to complain about that? Toilet-talk is embarrassing for most people. 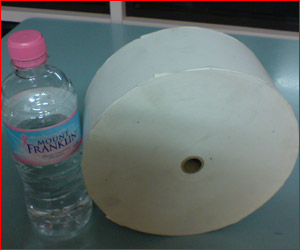 Hence, the stroke of genius. The two-roll system was not implemented as a matter of convenience, but as a matter of economy. This clever practice now extends to automatic telling machines. It was always a bother for banks and machine-owners to change the partially-used rolls. If they did not have a full roll at every opportunity, it meant that the technical/maintenance officers, who drove around to service thousands of ATMs, had to drive around more frequently. That is costly. Equally costly would be any ATM that ran out of paper. Therefore, under these circumstances, it was the policy to change partially-used ATM roll, just to minimise the risks of an imperative machine. As you can see from this photo, ATM rolls have been growing over time. Rolls are now huge. Discarding partially-used ATM rolls meant throwing out good money. For this reason, new ATMs are designed to take two rolls. With this, no roll ever needs to be replaced until it is completely empty. Genius. The travelling technician no longer has to worry about a machine running out.

The next step beyond the two-roll ATMs will be double-sided printing. Some rolls have advertisements printed on the back. In the future, we could see ATM receipts using both sides to reduce the length of paper required. Thereafter, we will see ATMs asking users of they would like their receipt emailed to them or sent to their phone, in an effort to save even more paper. We might soon see the paperless ATM. Mind you, some countries are experimenting with the paperless toilet, using jets of water, but that’s nothing new. It’s funny how old ideas come back to bite us in the bum.

Blown away at the Grand Hyatt 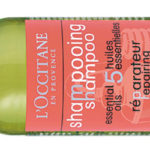