When I was heavily involved in the magazine business, a publisher mentioned to me that his men’s fashion magazine was not selling too well because research showed that men were embarrassed to buy it for fear of being labelled homos or perverts, when in fact, it was a pure, high-class fashion magazine. To solve the problem, he started to feature fast cars, alcohol, tattoos, and tough men in jail. With that recollection in mind, I find it amusing when modern men’s magazines feel the need to include hetro-sex on the front cover so as to exonerate any metrosexual keen on dieting and exercise.

This is a popular men’s magazine called ‘Men’s Health’. It has short-articles that are informative, yet entertaining. I always find it amusing to observe how this magazine desperately tries to position itself as a bloke’s publication. It is a magazine about men’s health, yet one would think it is a magazine about ‘how to pick-up chicks’. Perhaps that falls under the category of mental health!

Men are a funny lot. It seems that they will do anything to attract the women of their dreams; anything short of making themselves more appealing. Ask a man with bad skin to consider a facial, and he recoils, wondering if his mates might think him a sissy. Researchers would have us believe that men are fickle. Apparently, men would never admit to using beauty products. Apparently, they are so screwed-up that they would never buy a product unless it says, ‘For men’. Nivea worked this out ages ago. Hence, the ‘Nivea for men’ label which produces a range of products for the insecure macho guy.

Here is another example of a magazine that worries about is readers. The man purchasing this magazine does not want anyone to think that he is perving on hunky men. He wants the publisher to advertise the fact that he is not a pansy. So the editor places a naked buxom naughty girl on the cover, promising to advise the reader ‘how to keep her coming back for more’. 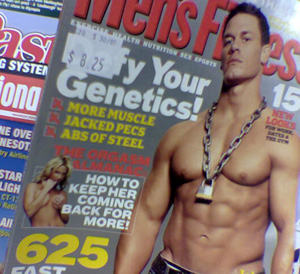 I am not sure which is worse: to be accused of being interested in one’s health and fitness, and therefore an admirer of muscle and physique, or to carry a magazine that would suggest that the reader does NOT know how to keep her coming back for more. Would you sit in a public place reading a book titled, ‘How to reduce haemorrhoid pain’? Then why would a man want to be seen reading stuff about how to satisfy women? That would turn women away. Women want experienced men, not beginners who resort to magazines to plug any holes in their inadequacies. It’s all too complicated. Men should step up to the mark and stop being so sensitive. Oh well, that’s easier said than done. So here is a better idea for the magazines: go back to the old brown paper wrapping. Perhaps the new editions could come with six different covers. Each reader can wrap the cover that makes him less self-conscious.

Incidentally, I noticed that the ‘Men’s Health’ magazine had previously promoted, on the front cover, eight sex moves to blow her mind. Only recently, it has found four more. It now promotes twelve ways to drive her wild. 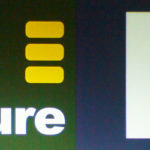 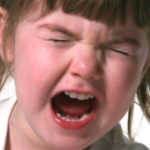