What’s different about this Queensland flood than any other? It is the most photographed event in the State’s history. Every single person with a phone is an instant eye-witness. Alas, the media, those people with helicopters and reporters standing stupidly on the water’s edge in t-shirts (as if that is front line reporting) can’t seem to show us more than a dozen images over, and over, and over, and over.

I NEVER watch television. So I never knew what the media was covering about the floods. I have my own sources on the ground. Alas, I was struck down with an illness that required hospitalisation. Every patient in my hospital had a television. Some watched Judge Judy (give me strength) and others watched the floods. So I started to study the journalistic tactics and the low standards of reporting, and the unbelievable speeches by politicians and the Prime Minister. No wonder I never watch television.

What was obvious to me, a bed-ridden patient, was that the same news was cycling, and the same photos and images were shown relentlessly, to the point of frustration.

In this age of a million cameras, of web cams and cheap live relays, how can the large stations not provide fresh coverage? It was boring. This is not like a car crash whose peak of drama takes place within two seconds. This is an unfolding flood that has ten million fronts and 20 million stories.

Shame on the networks whose networks are nothing of the sort. A few images and a lazy control desk that can’t even match the suburbs to the photos.

And let’s not forget this point: Queensland is a huge State. Not everyone knows the geography of the land. Most people would have no idea about the locations about which the reporters were speaking. How hard could it have been for the TV networks to have presented proper graphics that illustrated what goes where? I did see one or two clever, albeit useless, computer animations that pretended to have done this, but they scored zero out of ten. How unthinking can these people be, when they own millions of dollars worth of assets? And then they try to impress us with their self-promotions about the coverage, as if they are doing us a favour. How embarrassing!

P.S. The photo above was taken by M Mastro. Used here with permission. 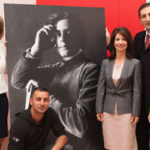 The genius of Gibran by Jonar Nader 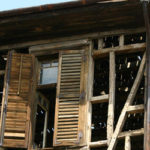