I know farmers who had suffered 12 years of drought, and despite the television marathons and endless charities for farmers, they had never received a cent. Now with the floods in Queensland, people are being generous with their money. However, where will that money go?

Are we not sick and tired of hearing about the millions raised that never make their way to those who need it? So here is a better idea that I am sure will be the new wave for reputable charities.

Australians appear to be generous, but in fact, they are (and can be) much more generous than they appear. In times of trouble, like the bush fires or the great floods, they donate money. But I can assure you that they would donate MUCH MORE. They are holding back out of helplessness. They just do not know how they can give generously, DIRECTLY. They do not want to bolster the coffers of charities. Even the biggest eventually come under attack. And the best do not ever tell us how the money was used.

So here is the solution:

Our big charities ought to set up a website. They can join forces or compete. They need to connect with the big banks and the large retailers. Here is now it would work. The charity organisation collects the data and the ‘need’. So the website will say that Mrs Jane Smith of Rockhampton needs a new clothes dryer model XYZ shown here by Harvey Norman at $990. The charity would have assured us, the public accessing the website, that this is a genuine need. We search by fund amount and we can contribute $20 via direct transfer or PayPal or Visa etc. Or we can pay the lot. When the $990 is reached, we are assured that Harvey Normal will make that delivery.

In this way, we know who we are supporting, what we are buying, how much we are paying, and when it will be delivered.

Super simple. Do this as a transparent charitable system, and Aussies and others around the world will know exactly what contribution they are making.

The charity will receive a 10% commission ($99 in this case) from the retailer which goes towards the administration of the site. Over time, the retailers will know that they are on show, and will sharpen their pencils.

This is the way forward. Mark my words. 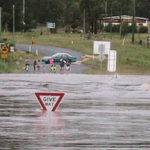 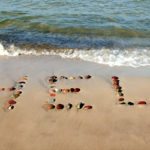