Internet fraud is reaching the trillion dollar mark. A lot of it goes unreported due to embarrassment and fear. If a large bank does detect major issues, it can hardly announce it for fear of clients withdrawing their funds. Billions of emails are sent each week, trying to trick, con, and defraud people. Yet governments and internet big-wigs have done nothing about it. Nothing! No, I know all about the schemes and initiatives and white papers and rubbish. They have done nothing. I am forceful in my writing here because I can hear the protests from bureaucrats and committee chairmen who will argue with me. They have done nothing. Do you want me to repeat it?

So here is a suggestion to a solution: every person in the world must be given just one IID address. This stands of ‘Internet ID’. In the same way that any internet connection has one IP address at any one moment in time, we can implement a new layer that requires a connection to activate via an IID.

At present, we have one passport. One driver’s licence. One medicare number. One social security number. One tax file number. We can now all have one Internet ID. (Oh, I know all too well that some crooks have more than one of these things, but at least we know that they are scum, and when caught, we can deal with them.)

So, if someone has a driver’s licence, and they misbehave, their licence is revoked. If they are undesirable citizens, their passports are cancelled. The same would go for the IID. If a person wants to send out emails whose sole purpose is to trick people into handing over their banking passwords, that person would have the IID cancelled. That’s your lot mate. Off the air you go. That’s the price of a cyberspace violation. Banned. Blocked. Out of the game you go.

The same would go for service providers (and those companies who host every song and every book and every film on servers in Russian). Service providers and repositories of intellectual property (thieves) ought to be banned, blocked, and locked up when they break the codes of the superhighway.

But hey, who has the will and the brain power? We all ought to be ashamed of ourselves. I am blue in the face.

How could we stop every petty criminal who enters a retail outlet today? We can’t. There are thousands of retail outlets all over the world. We simply cannot stop hold-ups and pick-pockets. But in cyberspace, it’s a trillion times simpler. Yet in cyberspace, the thieves are getting away with it. We have the tools to stop them in their tracks, and we are doing nothing. Do you want me to repeat that? I am turning purple.

Jonar Nader is a consultant and technologist with Logictivity Pty Limited. He is an author of technology and leadership publications, including ‘How to Lose Friends and Infuriate People’. His areas of expertise include terrorism, scams, fraud, security, and hacking. 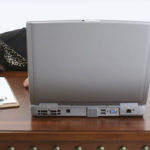 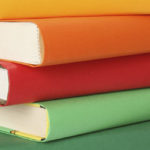