Culture and advertising go hand in hand. The wrong word, to the wrong target market, could spell disaster. No more is this maxim more relevant than at an airport where every race, creed, and psychographic is represented in the form of international passengers who might all be able to read English, but might not all be able to understand a quirky billboard. And what is worse, are those who read and thereby misunderstand.

This billboard at Auckland’s international Airport failed to realise that for many people, and in some cultures, the expression ‘To get your wings’ means to die! In the airforce, it means to graduate and become a pilot. In Christian circles, it means to become an angel (which also requires a person to initially die).

And so we ask, what were they thinking?

Oh, as for the average traveller who falls into the ‘Jonar’ category, the illogicality jars. We see ski slopes and a skier. At no time do we think that skiing is about flying. That would be a different sport altogether. Hence, yet again, what were they thinking?

Amex is not one of my favourite companies. It ranks way low. So now I have to reconcile a nice serene image with ill feelings towards a brand I disrespect. Funnily enough, I received a letter from my ANZ Bank Visa people offering me a second card, which would become my ANZ Amex card. No thanks! I wrote back to the general manager who had signed the letter, telling him that he should choose his associates more carefully. I doubt that he’ll ever receive my message. And that’s another story. 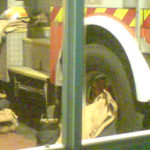 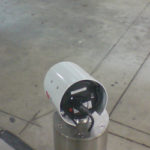