There is a phrase called ‘after market’ which refers to ideas and gadgets (known as plug-ins and widgets in computer terms) that people think of, for a product, after it has been brought to market. Enthusiasts and users tend to think of solutions to problems, and they go ahead and modify the product to suit their needs. 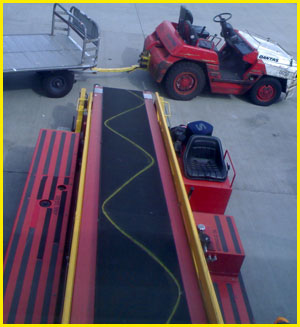 Here is a clever after-thought by someone with a spray can. Perhaps it was one of the baggage handlers. I wonder why the manufacturer had not thought of it? The zigzag yellow paint helps the baggage handler to see when the conveyor belt is working. You see, now that staff members must wear headsets for communications and safety purposes, they might not be able to hear the conveyor engine working. Full marks to that person. I like to have people of that ilk in my organisation: people who will not tolerate a problem for too long. They get up and do something about it. In terms of culture and personality, it would be fascinating to find out who solved this conveyor-belt annoyance, just so that we can track their performance. Chances are that they infuriate their work-mates, because they are always thinking and questioning. It is also likely that they are an efficient, organised worker who has saved the company a lot of money either through innovation or by minimising wastage. Alas, maybe that person is no longer there. Good people like that tend to be ejected from workplaces unless they are lucky enough to be in psoitions of power and influence, or if their boss rewards such attitudes, or if their colleagues applaud such initiatives. All very slim. But there is hope. 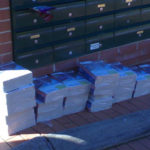 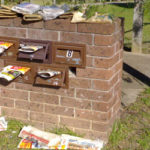 Watch what you measure