In trying to figure out how to keep their business afloat, newspaper publishers have some flexibility. They can tantalise readers with stories, crossword puzzles, cartoons, and saucy interviews. By contrast, with what can phonebook publishers work? They will have to think fast about their future.

Not long ago, people snapped-up the thick tomes to use them as door-stops or to raise computer monitors off desks. Pages from the books could have been used to light the barbecue or to help get the log-fire going. These days, most monitors come with adjustable stands. Fancy heating devices in the home have made open-fires less attractive in terms of maintenance. And the advent of a stable internet has taken the Yellow- and White-pages on-line.

So, what are we to do with all those books that seem to hang around for months? No-one wants them. What will the publishers do about it? They make millions from advertisers who wish to list their business. Over the years, we saw the introduction of the spot-colour, and later the full-colour, listing. Something dramatic will have to happen. They can’t keep printing and shipping such bulky books that no-one wants. Yet, they can’t admit to the advertisers that the circulation has dropped. Not unless there are similar reductions in the rate card.

This is one of those developing stories. Something big will have to happen. Keep an eye on the on-line versions. At the moment, their search capabilities are almost useless. Over the years, they have improved. Way back, I recall speaking with the White Pages people about the on-line listings not containing a post code. If one found a name and address, one had to go to another application to find the post code. The woman said that they decided not to list the post code so that direct-marketers will not use the White Pages as a quick search tool for bulk-mail campaigns. At the time, the company had other products that it wanted to sell to direct marketers. The problem was, regular users were frustrated. So much so, that the White Pages had to back down.

Twelve months ago, if one searched for ‘John’s Butcher’, one had to trawl through thousands of entries because anything with the word ‘John’, plus anything with the word ‘Butcher’ was returned, making it impossible to locate the said organisation. Not only that, the likes of ‘Johnson’, ‘Johnston’ etc, as well as ‘butchery’ and ‘butchers’ etc were included. After many protests from the public, and from me as well, they changed it. In addition, they now provide a national search so that one does not have to conduct the same search in a state-by-state basis.

Despite all of these improvements over ten years, the search engine is still juvenile. I would rate it a 5 out of 10. They have a long way go. The company had better get on with it, because the printed form will soon collapse, and it will need a richer alternative if it is to drag the same amount of revenue from advertisers who are reluctant to pay the thousands that they had come to expect from the paper days.

The environmentalists might soon have something to say about all that pollution. When you add up the tonnes of ink, as well as the paper and the pollution from the delivery-trucks that transport the raw materials and the finished products, these books can take their toll on the environment. Not to mention the thousands that end up in regular rubbish bins, despite the range of collection initiatives. 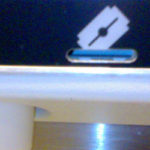 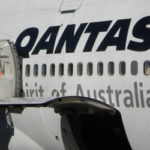