Chief Reporter with ‘The Australian’ newspaper in Queensland, Mr Tony Koch, wrote a book called, ‘A Prescription for Change: The Terry White Story’.

I happen to know and admire Terry White and his wife Rhonda. I have worked with them on a few assignments, and count them amongst my dear friends. 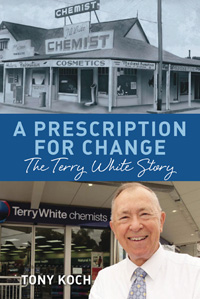 Terry and Rhonda had sent a copy of the book to me, and upon reading it, I wrote this letter to thank them. I thought to publish the letter here to share with you how the book impacted me. The book is available from all stores or from University of Queensland Press if you click here.

My letter to Terry and Rhonda follows:

I have often said, ‘When you see successful people, don’t just applaud… also shed a tear, because their journey would have been long and hard.’

I always knew that you, Rhonda and Terry, were remarkable souls. I had no idea about your background. I just knew that Terry was involved in serving his community via politics, and that Rhonda is a formidable retailing genius who raised a loving family while taking an interest in a range of fields. I knew nothing of the details, and I am not one to ask, preferring to give my friends their privacy.

It was evident from our special moments together that your rivers ‘ran deep’ and that your spirit was touched by God. All I knew was that you were delightful people who had energy and drive, and who held-firm to your principles. These inspiring qualities were evident from day-one. Your aura exuded your essence, which I felt was grounded in Christian values. It was by your actions that I knew who you were… citizens of substance and joy.

Before your book arrived, I had always held you both in the highest esteem. I did not know your history, and had no idea about your many challenges. I just felt that you were seasoned life-travellers whose journey was no doubt tough and rough, albeit rich and rewarding for you, your family, and all those who were fortunate enough to come into contact with you.

When you kindly sent me a copy of ‘A Prescription for Change’, I opened it in order to glance at it, thinking that I would put it aside and read it during a quiet moment. Alas, I was magnetised to it and could not put it down until I had devoured several chapters and realised that I was late to my next meeting.

Indeed, your story is an important one for so many people, on so many fronts. Your dear friends will benefit from learning more about your amazing childhood and teenage years, and about your family struggles that were not dissimilar to the struggles of many humble families of the day (not to mention the many families of modern times). Yet, it is fascinating that Terry would say that he enjoyed and appreciated his youth. Despite the hardship, it seems that you were grateful. This is a reflection of your good nature: you endure what comes, and you find the gems amidst the fire.

I am glad that you shared with us how you met Rhonda. Mind you, I felt uneasy about you leaving your sweetheart to go overseas, but I guess in every decision, we find lessons that will hold us in good stead. Indeed, it seems that your travels had awakened important questions in your mind.

The writer, Mr Tony Koch, must be commended for being able to re-tell each story in a simple, yet colourful way. Mr Koch was at no time an obstacle to the reader. I was able to visualise the townships, your workshops, your school, and your family gatherings. The only disappointment was that each chapter was shorter than I needed. I always felt that I would have benefited from additional stories. Then again, this is not a criticism. It highlights the skills of the writer: leaving the reader wanting more.

The political story woven throughout the book was gripping. At the time of his reign, I was too young to have fully understood what Joh Bjelke-Petersen stood for. I do recall his pesky presence on television, and I often wondered about his policies. Back then, I had no idea about the complexity of the political landscape which I now realise was a large part of your daily battles. Your book has sparked an interest to research that era in order to understand the corruption and the power-plays that were no doubt frustrating beyond belief. Although it is all over, I do feel for you both. I had not experienced this type of political degradation, but I did live through similar absurdities during the war in Beirut and later through similar human putridity while working for global corporate machines.

Those who have not been squeezed by unfathomable human/political weakness, might not fully appreciate the immense pressure that you must have suffered, while trying to push away the tide of injustice, pleading for some sanity and support from your friends who, instead of assisting you, were ‘advising’ you to back-off. Oh, I do know how difficult this can be. It is like being in a noisy chaotic street wherein no-one can hear you crying out for help.

Terry and Rhonda, your persistence in the face of opposition became obvious throughout the book, and it was during such moments that I, as the reader, and as someone who admires you, felt tense with frustration about a situation that I think still prevails to this day: the bastards make it difficult for the decent folk to get on with the job. But you held your ground, while you ran a business, stood-up to unethical business giants, raised a family, and clutched to your values.

I marvel at what people presume the act of ‘leadership’ to really mean. They often see leadership as some form of orchestration from on-high.

I believe that the story portrayed in your book is a perfect example of leadership: leading yourselves amidst turbulent, lonely, and scary times, while many about you are falling, failing, or distancing themselves. Yours is a story of leadership-in-action, fought in the trenches… declaring yet another war with another greedy idiot, while wondering if this punch might well be your last, or if that blow might well be the final one to knock you down. Despite these grave risks, you attacked, you defended, you bruised, and you pressed on, moved on… That was leadership: carving a new path through a dark jungle, simply because you refused to walk along easy-street where corruption of the mind and soul would have been the cheaper price for a smoother ride.

I found the book engaging. It is filled with lessons about perseverance and justice. It is a real story that depicts two people in the act of following their heart, even if it meant losing friends and infuriating people.

No doubt many have told you how funny it was to read: ‘Benjamin, say the fuck word one more time and you’ll have to stay here — I can’t afford one more fuck.’ I was glad that I was not drinking at the time of reading this chapter, because I would have sprayed the room. That line will go down in history as a cute example of a stressful altercation, involving the delightful Rhonda White whose body-language and voice jumped out from the page. I burst out laughing. Isn’t it interesting that we can find humour in such dramatic incidents that punctuate our lives. Perhaps time heals and time soothes and in the end, life’s struggles settle to reveal our strengths.

The survivors will endure; looking back to learn, to smile, to laugh. Indeed, we can laugh at what can now be described as a knee-slapper about a precious mother-and-son moment.

I thank you, dear friends, for sharing your story with me. And I congratulate Tony Koch on a story well told.

I have purchased additional copies to enrich my friends. ‘A Prescription for Change’ is more than an inspiring story. It is agitating, uplifting, insightful, and indeed infuriating because it reminds us that the world has not changed. Stupidity and myopia abound.

In the end, there is hope. We can learn from Rhonda and Terry that, by the Grace of God, we must neither give-up nor give-in.

You are role models for the new warriors who can learn from you both and say, ‘I, too, shall stand my ground. I shall not surrender!’

In my prayers, and with immense admiration, 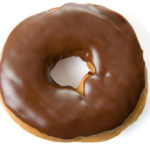 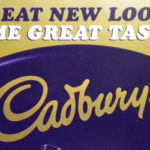