What can we learn from Mr Barry O’Farrell’s mistakes? The word ‘mistake’ means to miss-step. To miss something. What did Mr O’Farrell miss? Here is a lesson for us all: know your opponent. Who was his opponent? A clever person representing the Independent Commission Against Corruption. ICAC has strong powers. It has a serious mandate. And here begins and ends the lesson: If a smart person is asking you a question, it is more than likely they already know the answer. 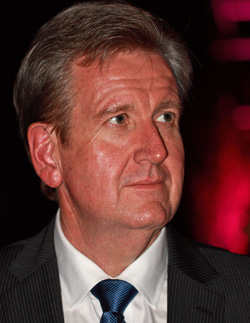 Smart operators do their homework. They do not ask questions, the answer to which they do not already know. So Mr O’Farrell’s BIGGEST mistake was to forge ahead with light-hearted banter (and it was flippant in parts (from both parties)) without stopping to process this question: ‘If this man is asking me about a bottle of wine, then he knows something that I do not know, or knows something I should know, or knows something I do know.’ It is folly to have presumed that the Counsel assisting ICAC is asking questions because he needed to learn the answers. It was elementary for Mr Watson. He was not asking questions. He was giving the Premier an opportunity to tell the truth. More correctly, he was giving Mr O’Farrell the stage to lie. Mr Watson WANTED the lies. His mission was to rip-open anyone who dares to lie. Do you get it? Questions from ICAC do not require answers. They require the witness to lose credibility. This is a different kind of chess tournament.

Whether Mr O’Farrell lied, or simply forgot, or really did not receive the bottle, or had no knowledge of it, or had no recollection of it, simply does not matter. A man the calibre of a man worthy to be Premier of NSW, ought to wonder what Mr Watson must be doing, asking about a bottle of wine. If Mr Watson went to the trouble of asking the question, he must have gone to the trouble of finding the answer.

Before you answer a question, ask yourself: why would someone ask me this question? It must be very important either directly or indirectly. In which case, there is a high probability and an almost certainty that ICAC already knows the answer. Besides, this was the ICAC that had pulled rabbits out of its hat for the past year in relation to Eddie Obeid. When will people learn respect? Respect! I rarely see it. I think I have seen more gold and diamonds than I have seen respect.

Sadly, if Mr O’Farrell had the presence of mind, he should have said, ‘I receive many gifts, and I need to do some digging to really find out if I am in receipt of that bottle.’ However, Mr O’Farrell really was hoping that he did not receive it. Maybe he was ‘saying’ what he was ‘hoping’. Then again, if he had received it, he should have declared it. So while under Oath at ICAC, Mr O’Farrell might have been distracted by the thought, ‘Which is worse: to admit I failed to declare a gift; or to deny receiving it?’ Then he might have thought that the latter would cancel the former.

This is the textbook definition of wishful thinking. 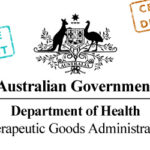 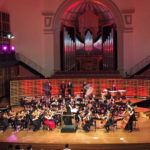