Sam Cohen has been ordered by the Therapeutic Goods Administration to withdraw his advertising and all the lies. Following a recommendation from the Complaints Resolution Panel (that determined that the Institute of Hair Regrowth & Beauty was guilty of publishing advertisements that were ‘unlawful, misleading, and unverified’) the TGA has stepped-in, after conducting its own investigations from Canberra. The result? Stop advertising. Stop saying the rubbish you say. Stop misleading people. Stop claiming unscientific hogwash. Stop suggesting that you have a herbal formula that can grow hair. Just stop! And also publish a retraction.

To read the full story on this saga, which started when I alleged that Sam Cohen’s IHRB is a scam, click here to review the latest information that proves what I have been saying: IHRB’s claims are complete and utter rubbish. Don’t take my word for it. We now have a legal Order by the TGA under Regulation 9 of the Therapeutic Goods Regulation 1990.

Failure on the part of IHRB to comply with this Order will be a criminal offence.

Soon I will detail how and why I alleged that IHRB, Sam Cohen has been misleading the Consumer Tribunal. 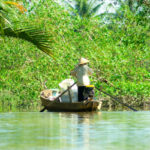 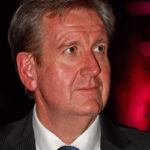