It beggars belief how a brand like Apple can allow its AppStore to sell rubbish day and night. Most of the Apps that I have looked at are so inferior, that they put Apple to shame. A company like Apple ought to hang its head in shame for allowing developers to jump on a bandwagon, and rip people off, two dollars at a time. What a disgrace.

Just take a look at the screaming masses who give one-star rating, saying, give me my money back! Read the frustrations of people who feel conned and scammed. They transact with the world technology leader, proud to own the best of the best, yet when it comes to the AppStore, some senior bigwigs at Apple have their head in the sand.

I purchased an App last week. It was hopeless. So let’s summarise the issues:

1) Apple must have a buyer for each category. The buyer must test (even via a committee or a team of real users) before any App is approved. Any rubbish, bad programming, silly slimy terms and catches ought to render any app disqualified.

2) Apple must state with each app if the user has any on-going costs, and if the App requires internet connection (which becomes costly, or inconvenient).

3) Any App that has on-going credit-top-ups or other sneaky misleading and deceptive post-sale nonsense ought to be clarified or dismissed.

4) All Apps that have ads, must state it.

5) Apple must have a refund policy. Customers are furious that their money is taken. That is theft. Customers take it on the chin because the sale is only two or so dollars, but in the end, developers and Apple are making billions of dollars, and that is unethical and unconscionable.

6) App star ratings must include a Zero star. Some App Developers obviously get their friends to write silly comments like, wow I love this, when 90% of the users are livid, demanding their money back.

7) Any App that switches off its user comments page, or plays tricks with versions so that comments are not apparent, ought to have a simple refund button with it, with no questions asked.

8) Any App that has a rating lower than 4 must be suspended while the Apple team reviews the issues.

9) Any Apps that have bawdy or raunchy ads must be flagged, because kids and other people might not want to see bouncing boobs on a simple application for a dictionary or navigation.

Apple does have a button called, ‘report this’ but when I tried to report the rip off, Apple said, thanks for your input, but you must contact the developer. So I did. What is the bet I will receive a response – not! Pathetic.

Dear Apple, your AppStore is a disgrace. It is a rip off. People are being conned, and you, Apple, are the vehicle that is making money while allowing developers to tarnish your brand. If those developers had ever applied for a job to work at Apple, they would never get to an interview, yet you have now not only employed them, they are driving your customers away because you have partnered with them.

Is Steve Jobs aware of this embarrassing brand destroyer?

By the way, here is my previous article about Apple and its service. 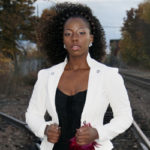 Wow, the singer was Aja Wilson 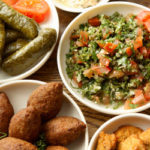