Tea dates back further than 2700 BC. The bag as introduced in 1904. The Lipton Tea Company was formed in 1915. The microwave oven was commercially developed in 1945 and sold in larger quantities in 1965. We can say that manufacturers of the world’s most popular drink have had over forty years to twig to the idea that modern folk boil water in a mug, using a microwave oven. Unfortunately, many tea bags are not suitable for microwave ovens because manufacturers are still using two small metal staples to attach the string to the bag. As you know, metal must never be placed inside microwave ovens due to the dangerous sparks that would result.

Indeed, there are people who like their tea strong. Others, the lazy ones or those in a hurry, would prefer to place the sugar, water, and tea bag in a mug, at the same time, and start the boiling process. Tea is connected to boiling water, which is connected to microwave ovens. Given this inseparable link, I wonder why Lipton, Bushells, and Twinings still use staples?

On the other hand, T2 and Pickwicks tea bags have managed to solve the problem using ingenious designs. 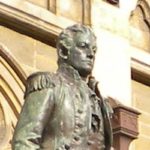 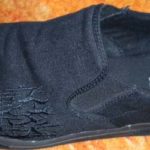