Google is a story that inspires fairy tales. Its market capitalisation exceeds US$181 billion. But is it an innovative company? I think not. Ask a room full of people to name innovative companies, and the names Apple and Google always come up. But both can do better.

With Gross Profit reaching $13 billion, the company has a one-line statement that says, ‘Google’s mission is to organize the world’s information and make it universally accessible and useful’. Regardless, I wonder about the company’s attention to detail.

Google is the envy of every global corporation. But I am unhappy about many of its services… from a user’s point of view. Opps, sorry, does a user’s point of view matter? Maybe not. That’s what trips me up every time. As a technologist, management consultant, and social observer, I put my foot in it when I forget that life is all about the dollar. So long as a company is making lots of dosh, then nothing else matters. Silly me.

Small things point to big things. Google is massive and brilliant. But the only relationship I have with Google is similar to most people’s relationship: it starts at the home page. This is the front door to Google. I could post many criticisms about Google, but that is not the objective. I am merely showing how a company with everything going for it, can be blinded by success, to such a degree, that its most basic business is neglected. Here is an example.

Go to Google.com and go to the ‘Images’ section and search for ‘trees’ or any term you like. Then click ‘Next’ while keeping an eye on the photos on offer. Keep clicking next while searching for a tree that takes your fancy. You will soon realise how frustrating it is to use this ‘Next’ feature because the hyperlink keeps jumping about, away from your mouse’s cursor. So you have to constantly move your eyes away from the task at hand to reposition the cursor on the ‘Next’ button.

This aspect drives me mad. In the scheme of things, with people starving and children suffering, what does it matter. However, as a management consultant, I am often asked to assist corporations with their innovation and growth. CEOs and Boards often lumber me with heaps of data. I certainly study all the data, but not at first. I would rather observe an organisation from a different angle. The truth of a company’s function and functionality speaks louder than numbers in a spreadsheet.

I took a screen-shot of the pages that Google returned while I was searching for trees, and I overlaid them. You can see how the Google bar and the Next arrows keep jumping all over the place. In itself, this is no big deal. As a reflection on the company and its attention to detail, this anomaly speaks volumes. It shows me that Google staff do not use their own search engine. If they do, they have not noticed, which makes me wonder what else they had not noticed about their company. If they had noticed, why has it taken so long for anyone to do anything about it? Could it be that no-one cares, or the bureaucracy is so bad that those who care cannot tell those with authority. Who am I to know? That is what a consulting task must first uncover: the truth behind why things are the way they are.

Whatever the reason, Google has been remiss, and this worries me about a company. Is everyone over-worked and too busy? Who knows? But I do know that this comes down to the front line. I am not complaining about the colour of their wall or the state of their carpet. This is the fundamental business of Google at the heart of its mission statement.

Here is another article about Google’s shame. Click here. 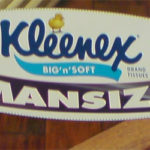 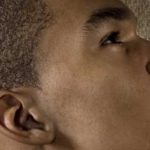