The media is up in arms about one of its own. Channel Seven’s Frank Pangallo from Today Tonight was ostracised by reporters from Channel Nine and Network Ten who branded his recent report a ‘travesty’ and ‘shameful’. The fuss was over a report in which Mr Pangallo was interviewing a seasoned investigative journalist by the name of Mr Paul Jackson who was of the opinion that the body of missing British tourist (Mr Peter Falconio) might be down a deep well.

What sparked the furore? It was suggested that the footage used in the Today Tonight segment was filmed approximately two years ago. Readers’ comments on a story run by the Sydney Morning Herald were entirely scathing of Mr Pangallo, who is a Senior Reporter and Producer for Today Tonight. Of the 48 comments left by readers (at the time of my writing this article), all 48 were in some way mocking Mr Pangallo. Social media commentators have poured scorn over the TV report, citing everything from the segment ‘not really being a breakthrough’, to anger that ‘the body was not found’.

So I wonder: what was Frank Pangallo’s crime? What’s wrong with his story? Why are people so agitated about his segment? It is a complete mystery to me why the masses lack the faculties for robust thinking. The sheep who reside in cyberspace seem to latch-on to a sentiment, and pass judgement without understanding the real issues at hand.

Having read about the ranting and raving, I went to the Today Tonight website and watched the segment in question, and then I conducted some research on the case. It is my opinion that Mr Frank Pangallo had nothing of which to be ashamed. In my assessment, the experienced reporter filed a penetrating report. It is an important story for us all, because we have a man in prison (Mr Bradley John Murdoch). We have a missing body (Mr Peter Falconio). We have suspicion over the girlfriend’s testimony (Joanne Lees). We have a possible appeal by the convicted murderer.

Mr Frank Pangallo was assisted by a retired crime-reporter whose comments seemed to make a lot of sense. Mr Paul Jackson claimed that the well was only 2 km from the murder site, yet despite a wide search effort (amidst international media coverage) the well was never investigated. If that is true, then this is a major story for Frank Pangallo and the Today Tonight team. It is certainly a question worth asking. It is a line of inquiry worth pursuing. Imagine what would happen if the body (or what remains of it) were to be located. What kinds of new evidence might emerge? What if the case is then blown wide open? What if the the new evidence reveals that the convicted Mr Murdoch (who is serving a life sentence) were in fact innocent? What kind of injustice would that reveal? On the other hand, what if the prisoner appeals and is released, when the evidence required to quash his appeal is belatedly discovered at the bottom of the well? What if a murderer is released due to insufficient evidence? How would the community react if the freed prisoner were to commit another crime? This is a massively important report, that raises reasonable questions, and offers a hypothesis: the well seems to have been overlooked. Is it worth taking a look? What would Sherlock Holmes have made of this?

Police investigators would tell you that no clue is ever too small, because a crime investigation is never simple, and the building-blocks take a lot of time to gather. No-one has all the answers. Therefore, when someone, with the depth of local knowledge as retired reporter Mr Paul Jackson, teams-up with a senior and well-respected professional in Mr Pangallo, it pays to listen, per chance that a breakthrough might be made.

The idea that the footage was old, is a red herring for those who have nothing better to do than beat-up a storm. Could it be that other TV stations are miffed that they did not have the tenacity and patience to gather the information themselves?

My biggest criticism of all these current affairs shows, has been that they churn-out the stories too rapidly. I have always said that we need deeper investigations that brew well to provide in-depth analysis. And here we have such a deep-dive that incorporated a range of professionals, including two abseilers, and a forensic anthropologist, along with a crew, carrying special equipment and modern technology. It would have been a big investment, not typical of how these shows normally go about their business in the cut-throat world of television.

Some investigations take time. Why are people so amazed that a reporter has been on the case for two years? Experienced journalists would tell you that it is not uncommon to have files open for many years (sometimes up to ten years) and they wait for the right moment, when they feel that they have satisfactory information or reasonable evidence to do a good job before they spill the beans.

The general public has no idea how much there is to do, when it comes to gathering information (while running a news desk, preparing shows daily, and meeting deadlines the likes of which most viewers have not experienced).

If the other TV networks wanted to jump on the bandwagon, they should have rushed to Police Headquarters to ask what is being done about the revelation that the well was not dredged. They should have travelled to the site, in search of new clues. Alas, it was much easier to berate a reporter for doing his job, and for doing his job well. His only crime was that he did not present a slap-dash half-baked report within four hours flat — which seems to be the staple diet for such shows these days.

If people are upset that Mr Frank Pangallo took too long to broadcast his story, consider that some police investigations take years. Some court cases encompass years of preparatory work. Not everything about the media can go the way of fast-food.

Disclaimer: Mr Frank Pangallo and I know of each other, as it is normal for professionals in an industry to know of each other. I have never met Mr Pangallo. I am posting my views in an effort to provide a sensible response to the unbalanced and crazed attacks which, to me, seemed completely unjustified and baseless.
0 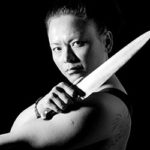 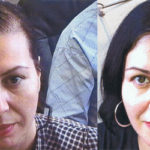