Power plugs that don’t stick out

Once upon a time, power plugs were all relatively the same size and shape. As we acquired additional gadgets, from electronic photo frames to mobile phone, we started using plugs that were bulky. So much so, it is often impossible to plug two devices at the same time because the wall sockets were not designed to cope with chunky space-hungry plugs. Also, I wonder if wall-socket designers are thinking about moving the holes in the socket an additional two centimetres apart.

Anyway, the other nuisance with plugs is the extent to which they protrude, making it difficult to push desks or cabinets back. I came across these two designs at a friend’s office. The first one is acceptable, but is less safe than the one on the right. I always worry about people grabbing such plugs and accidentally touching the pins. Many devices these days do not have an ‘earth’ pin, and I always feel that they are dangerous. I have never understood why the authorities allow such plugs. The one on the left has a small lip which makes it a little easier to grab the plug when trying to pull it. The one on the right is safer because the user can grab the plug from the swivel handle. Mind you, I wonder when the whole plugging system is going to change. It’s about time that plugs were easier to use. Why not simple push and clip mechanisms, or magnetic types like those used by Apple? Why not a spring-loaded button that releases the plug from the wall, without the need to pull and tug. So many wall sockets are in awkward places, that it would make sense to have automatic release mechanisms. I am still amazed at the number of people who yang a plug from a wall before they switch the power off. It’s as annoying to me as seeing drivers change lanes without indicating. 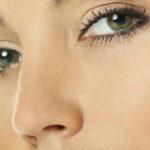 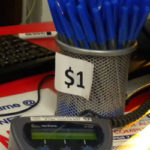 How to make a buck