Is it old age? Are my taste buds deceiving me? Or did Cadbury really change the ingredients despite this bar of Almond Roast claiming to offer the ‘Same great taste’? I am a chocolate fanatic. Yum yum yum. Friends know that a dining experience with me ends with more dessert than what I had for the main course. So I reckon I know what I’m talking about when I say that this bar of chocolate tasted like I had spoonfuls of butter in my mouth. It was a turn-off. The taste, flavour, aroma, and texture were all sub standard and erring on the yucky.

There must be some reason for this. For example, is Cadbury trying to cut costs? Or is it under pressure to curb the alleged slave-trade and child-labour that picks the cocoa?

The must be a reason. I can’t otherwise imagine a group of Cadbury executives daring to fiddle with the formula. In addition, there is something sneaky about this wrapper. It says that it offers a ‘Great new look’. Who cares? Big deal. So there is a new wrapper with new graphics. Since when did a chocolate fanatic care what a Cadbury’s wrapper looked like? This is an established brand whose wrappers have been changing every few months; or so it seems. After all the public outrage about the change in flavour and texture, the best that Cadbury can do is to say ‘Same great taste’ when it is NOT the same taste. This is perplexing. The same as what? The same taste that people complained about? Or the same taste that we grew up to love before the company ruined a good thing? The same as what? And by the way, is the word ‘same’ used here to mean ‘sort of similar’ or does it mean exactly the same. And if it is exactly the same, I still do not know the same as what!

It is also strange that the famous Cadbury purple is no longer the predominant colour. Here we see a mass of orange as well as gold and white. What happened to the court cases in which Cadbury insisted that no one else is allowed to use its famous colour, as it argued and lost then appealed and won against Darrel Lee? 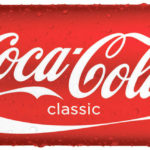 In April 1985, Coke changed its formula on the strength of so-called focus groups and consumer testing. A few months later, Coke was forced to bring back the original under the name of Coke Classic. The public will vote with its buying habits. Mark my words. Sooner or later, we will see millions of dollars spent by Cadbury in an effort to win us back with mad statements like, ‘We listened’ or ‘We heard you’. Or some lame grovel of that nature. I would like to have been a fly on the wall at the executive meeting wherein someone dared to say, ‘But boss, why change a formula that has worked for decades?’ I wonder what the response was, and who will soon have to eat the humble pie. 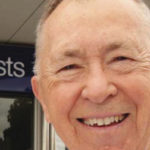 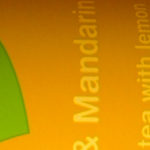